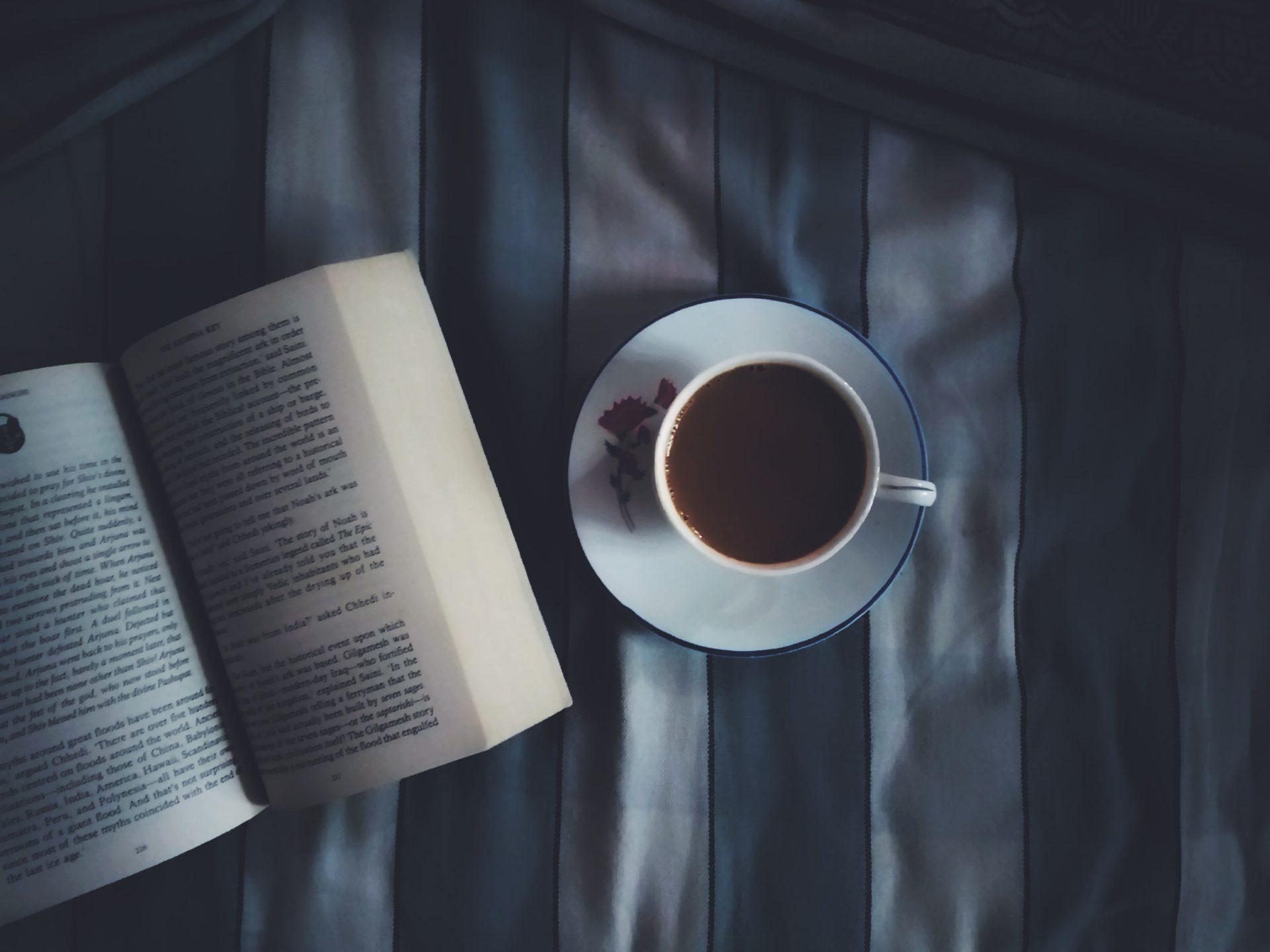 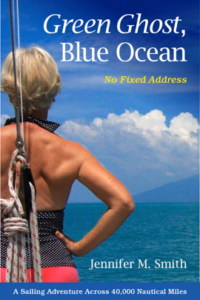 Join the husband-and-wife crew of SV Green Ghost as they sail away from the security of stable jobs and head for the unknown. Jennifer and Nik had sold the house, sold the car, accepted the news that they could not have children and set sail for Australia—the rest they would figure out. Little did they know, it would be 40,000 miles, 17 years and stops in Oceania, Asia, Madagascar, Africa and the Caribbean before they would sail back into Canadian waters.

Green Ghost, Blue Ocean is a story about jumping in with both feet, taking risks and finding freedom, even if you don’t have a perfect plan. “We didn’t just love sailing—we loved adventure,” Jennifer writes. “We weren’t dreamers, we were doers—always finding new ways to sample more from the smorgasbord of life, forever in pursuit of change.” It is a lesson that it’s never too late, one that leaves you fixated on your own dreams wondering why wait? And if offshore sailing is one of your dreams, Jennifer’s account of their journey is the voice of reason you need; she’s the realistic friend, encouraging you without sugar-coating what you’re really getting yourself into. You’ll get a front row seat to the incredibly good, the bad, the truly terrifying and the miserable, mundane moments that are offshore sailing and long-distance cruising. You’ll learn of people and places you didn’t know existed and her story will ignite a spark to go and find them.

In the meantime, while adventures are still on hold due to the COVID-19 pandemic, travel the world alongside the crew of Green Ghost. Sailor or not, this is a novel anyone can enjoy. 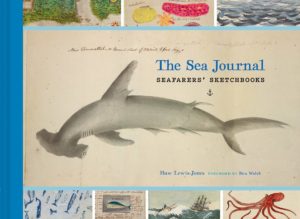 If you only buy one book in 2020 this should be it. Even if you are not a boater, this hardcover sketchbook is a real find for the excellence of its illustrations and art and the interesting history that’s embedded in the journal entries of mariners from around the world and around the centuries from 1371 to the present. It’s a collection you’ll read slowly and pick up again and again, and because it’s hardcover, it should hold up to all that.

“This book dives deeply into collections around the world to bring to the surface wonderous things,” writes Don Walsh in the weighty tome’s preface. He’s not kidding.

The amount of research Lewis-Jones must have done in order to find and reproduce these journal entries and their accompanying artwork is mindboggling. Each entry is fascinating as it deals with a plethora of sea trials, from mundane seasickness to scurvy, shark attacks to cannibalism, starvation, storms, abandonment and mutiny. Nevertheless, Adventure with a capital A comes through each entry loud and clear.

Keeping a log or journal is still important today but in early times it was essential for navigation as well as for emotional health. Lewis-Jones points out that William Blyth’s small journal helped to keep him and his handful of companions alive after the mutiny on his well-known vessel, The HMS Bounty.

Sketches were equally important in order to keep careful records of places never before seen. Eyewitness renderings of people, places, flora and fauna as well as maps and landscapes of the area explored were essential components of these sea voyages, so it is not surprising to learn that skilled artists were often employed to document and draw what they experienced en route. It was also a way of making visible to the eager readers at home unknown landscapes and their creatures.

In addition to seeing adventures made visible and re-living the emotions and experiences of some of history’s most famous mariners like Magellan, da Gama, Drake, Nelson, Francis Chichester and Peter Blake, there are many mariners who are largely unknown: a German alchemist, a whaler’s wife, a ship’s cook, traders, travellers, artists, over 60 seafarers in all. Every page is a gem. 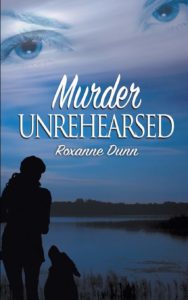 You might recognize this author from PY’s Galley column. For those of you who also look forward to Roxanne’s nostalgic, humourous and adventurous essays preceding her monthly recipes, her debut mystery novel gives a whole lot more to sink your teeth into.

Murder Unrehearsed follows aspiring actress Heather Shelton and her brave and loyal dog, Bear, as they flee the city, and her failing romance, in need of some rest and relaxation at the family cabin. Set on a small lake in a mountain town (not all that different to the quaint marinas on our coast) she finds herself in a dangerous situation she’d never expected. As the only witness to a brutal murder, Heather soon learns that not even the law can protect her, and she and Bear must face the killer alone.

Suspenseful, heart-warming and wonderfully written, Murder Unrehearsed is the kind of book you can’t put down, and even if you could, you wouldn’t want to. 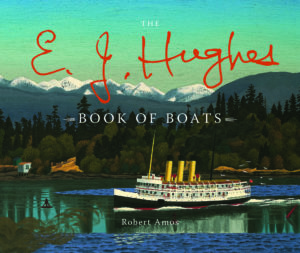 The Book of Boats, Robert Amos’ third volume describing the paintings of E. J. Hughes, further elucidates the wide-ranging talent and painting styles revealed earlier in E. J. Hughes Paints Vancouver Island and E. J. Hughes Paints British Columbia. This is a smaller volume but covers Hughes’ love of our province’s nautical environment. Amos, who knew Hughes and was asked by his caretaker, Pat Salmon, to take on the biographer’s task, has complemented the depictions of the paintings with Hughes’ earlier pen-and-pencil drawings, handwritten notes, photos, even doodles. Hughes saved his drafts and drawings and tugged them from his files to create a painting, sometimes decades later. Although he had no saltwater in his veins, he lived on Shawnigan Lake just north of Victoria and owned a small motorboat. As Amos writes in the Introduction, “… there is no doubt that Hughes liked painting boats and took a great deal of pleasure from the elegant curves of their design.”

The variety of Hughes’ boat paintings is impressive. Some of his paintings were commissioned. The Ocean Cement Company asked Hughes to commemorate Captain George Vancouver’s four-year world exploration and its significant influence on BC’s history, by depicting HMS Discovery and its brig, HMS Chatham. Hughes painted the two ships under full sail catching a golden sunset on Juan de Fuca Strait, with violet current patterns on a dark ocean, and black Olympic Mountains glowering in the background surmounted by snow-white clouds. The ships’ red ensigns punctuate the golden sails.

The formality of the exploration ships contrasts sharply with the simplicity of a watercolour showcasing a jumble of beached rowboats at Maple Bay. Painted lilac, red, white and green, the unpretentious boats provide lively colours in an autumn landscape, with deciduous trees beginning to lose their leaves while the conifers retain their dark-green foliage. Like most of Hughes’ paintings, he positions the boats in a complete setting, with a foreground, a beach, a dock, some dried grasses. His nautical paintings never just set down a boat in the water—there’s a rock, a piece of driftwood, the corner of a boat shed or a beach to place the vessel in the frame.

Hughes’ paintings also offer glimpses of maritime history—harbours filled with log booms, the fishing boats of yesteryear, passenger ships, ferries and cargo ships—all of which have been replaced by more modern versions. As a youth, Hughes worked two summers salmon fishing in Rivers Inlet, scenes he recreated in a 1946 oil painting. It shows a flock of fish boats, moving helter-skelter at night in swift currents and white-capped swells, with the yellow lights of oil lanterns illuminating the wheelhouses. In the background, as with most of Hughes’ boat paintings, BC’s forests and uplifted, glacier-scraped mountains are ever present. In November 2018, Fishboats, Rivers Inlet, sold at auction for C$2,041,250.

5. Heart of the Coast: Biodiversity and Resilience of the Pacific Edge 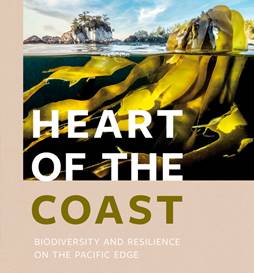 How do you dig up a 13,000-year-old footprint? Why are viruses vital to life in the ocean? How can you measure a glacier from an airplane? What is a zombie urchin?

Tyee Bridge answers these questions and many more in vivid colour in Heart of the Coast—a beautiful, hardcover coffee-table style book celebrating biodiversity and resilience on the pacific edge. In a time when many of us are staying close to home, readers can explore the beauty of the Pacific Coast, joining researchers from British Columbia’s world-renowned Hakai Institute on expeditions to archaeological digs, the Klinaklini Glacier, the kelp forests off Calvert Island and beyond. Stunning photography complements stories of the institute’s discoveries and collaborations over the past decade, in a book that will inspire, educate and amaze. Whether you read it cover-to-cover or pick a story or two that piques your curiosity, Heart of the Coast will leave you feeling the magic of this place we call home, with an awakened determination to protect it.