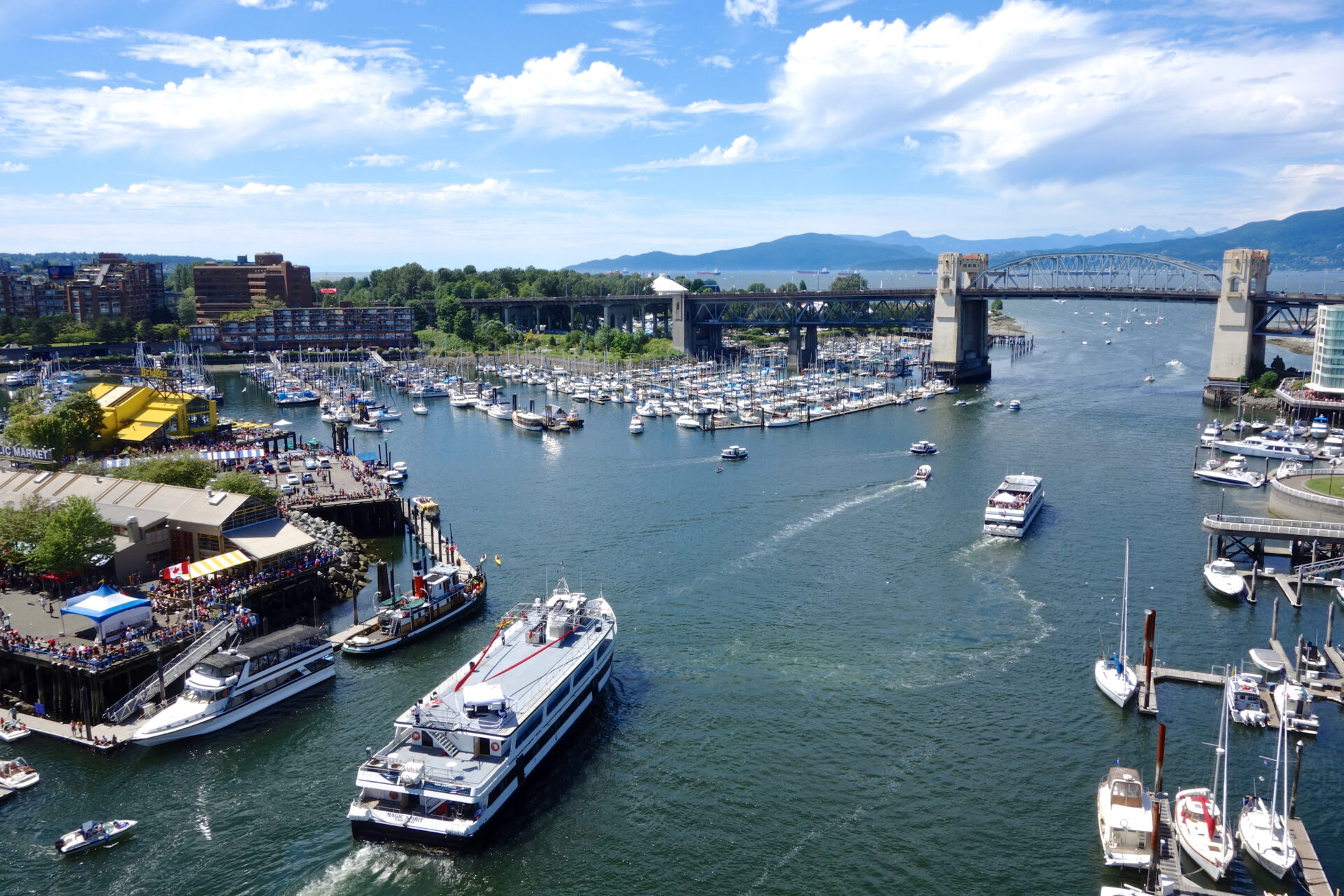 No doubt you’ve seen the slogan popularized on t-shirts and wheelhouse coffee mugs: “A collision at sea can ruin your whole day!”

Or heard this rather morbid piece of doggerel:

This is the story of Michael O’Day

Who drowned defending his right of way.

He was right, dead right,

But now he is gone

And he’s just as dead as if he were wrong. 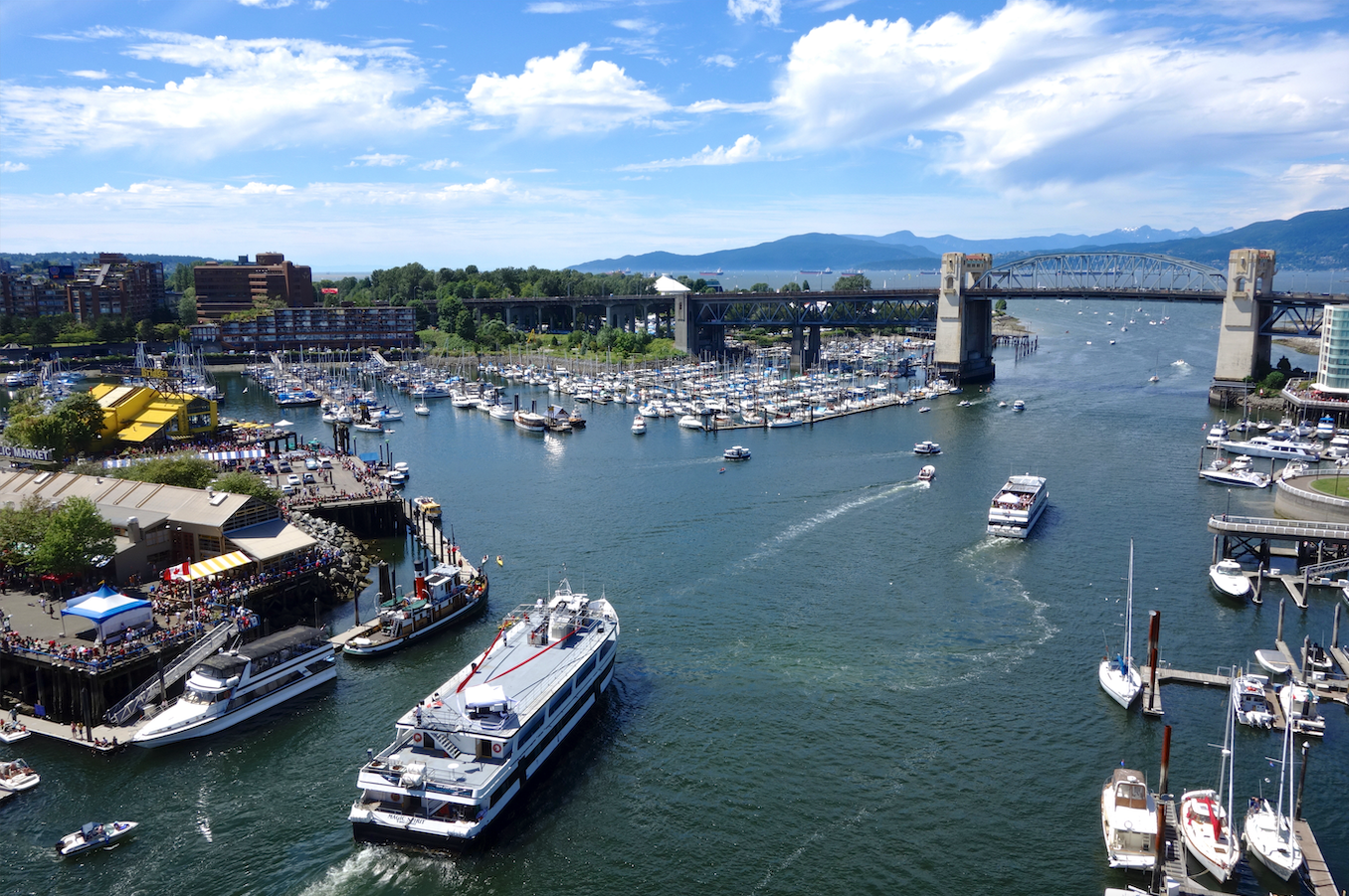 Both are somewhat lighthearted attempts at a “heads up” for all of us who spend time on the water and a reminder of our obligations as responsible operators of pleasure craft.

The COLREGs, or the International Regulations for Preventing Collisions at Sea, is a massive document of “dos and don’ts” for seafarers, further complicated by the fact that each country has its own amendments and that different rules exist for different bodies of water, be they inland lakes or open seas. So, in the limited space available to us we will simply examine some common misconceptions and practical steps to take to avoid the sort of collisions which occur with remarkable regularity.

Transport Canada has introduced the Pleasure Craft Operators Card as a laudable attempt at improving boater safety. As an operator of a power-driven boat you must have taken the test and been issued the card (unless you have another acceptable proof of competency). My only caution is that the card may give some mariners a false sense of security when it comes to the COLREGs. Before writing this piece, I took an online quiz of 10 questions related to the course and not one of them dealt with the responsibility of vessels to prevent collision. Again, this impetus behind increasing boater safety is a worthy one, but we all need a lot more understanding of the regulations, or a refresher from time to time, if we are to reduce the risk of collision.

Right-of-Way? No such thing!

We’re all guilty. We squint across the horizon and say, “Which of those boats has right-of-way?” In fact, there’s no such thing in the COLREGs. What we do have is “stand-on” or “give-way” vessels. When two power-driven vessels meet in a crossing situation, for example, one will be the stand-on vessel (obliged to maintain course and speed) and the other will be the give-way vessel (obliged to alter course or speed). An easy way to determine what obligation you have in this scenario is to observe, or imagine by day, what sidelight you see, or would see. Green? Go! Red? Stop (alter course)! The stand-on vessel doesn’t have all the “rights.” In fact, it is obliged to maintain course and speed, whether it wants to or not. Additionally, though it may be privileged as the stand-on vessel, it needs to be vigilant in case the give-way vessel doesn’t behave as it should.  Then it will be obliged to take action to avoid collision (Rule 17).

If two power-driven vessels are meeting head on? Both must give way and alter course to starboard. There are no “rights” here.

Let’s take a quick refresher as to who keeps out of the way of whom. At the bottom of the pyramid is the power-driven vessel. Why? It is all a matter of manoeuvrability, not inferiority. The powerboat is superior at course alterations, quick stops and heading directly into the wind so must give way to those who are not as agile. Next in line is the sailing vessel, which must keep out of the way of fishing vessels, vessels restricted in their ability to manoeuvre, and a vessel not under command (at the top of the pyramid).

But there are some important exceptions: a sailboat still has to keep clear of large power-driven vessels which may be restricted by their draft or navigating in confined waters.  And when is a sailboat not a sailboat? When it has its auxiliary engine engaged, sails up or not. (Day signal: a cone with apex downwards.) When is a fishing vessel not a fishing vessel? When its manoeuvrability is not hampered by its gear. So, a gillnetter with a quarter mile of net astern? Yes. A sports fisherman with a couple of lines out? No.

And now a bit of a trick question. Two vessels are navigating in pea-soup fog and can hardly see their own bows let alone each other. They are both sounding appropriate sound signals at intervals of not more than two minutes. The first gives one prolonged blast, the second three blasts (one long and two short). We know the first is a power-driven vessel but the second could be any of a number of ‘privileged’ vessels: a sailing vessel, or a vessel not under command, fishing, towing or constrained by its draft. Who then is the stand-on vessel?

Answer: Neither! In restricted visibility, the rules and obligation of vessels in sight of one another vanish. Everyone looks out for everyone else.

Let’s conclude with a somewhat confusing, often misunderstood regulation: Rule 10. On your chart, and in areas of high commercial traffic, you will see lanes of magenta-coloured ink, a purplish/pink hue much beloved by cartographers. Without putting too fine a point on it, this rule indicates you and I, the average boater, should steer well clear of this area. If you have to cross, do so at close to right angles; if you have to join a lane do so at as small an angle as possible and make sure you’re heading in the right direction!  In fact, there are as many protocols to follow as a dinner invitation to Downton Abbey.  Just remember this one: “A vessel of less than 20 metres (65 feet) in length or a sailing vessel shall not impede the safe passage of a power-driven vessel following a traffic lane.” That’s most of us!

In summary, the COLREGs exist to provide us with ‘best practices’ for preventing collisions at sea; not to endow us with inalienable rights! Perhaps the most important rule (Rule 2) states that when complying with the regulations, “due regard shall be had to all dangers of navigation and collision and to any special circumstances… which may make a departure from these Rules necessary to avoid danger.” Use your common sense. The rules are there to help but there will be times when you have to think out of the proverbial box. Or end up like Michael O’Day.