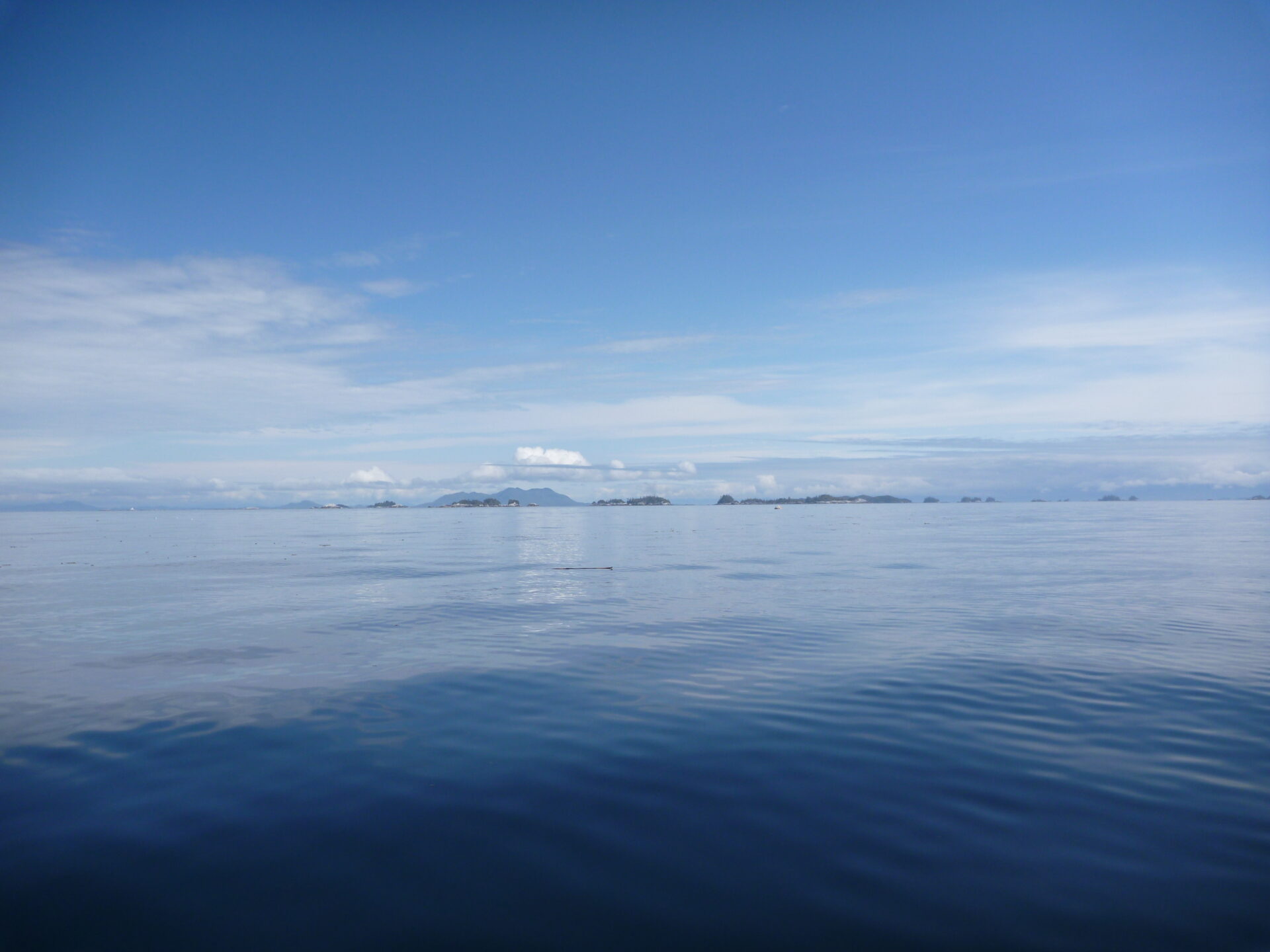 The prospect of crossing a major body of water can be scary, especially if it’s your first time, but this cruising couple discovers that sometimes what is beyond the horizon is worth the leap

I was having a lot of anxiety about our pending trip across Hecate Strait. My imagination was running wild with every scenario it could muster. I live in Masset and have spent the last 15 years of my life on Haida Gwaii. I’ve been across the Hecate on the ferry in storms and I’ve heard the horror stories from others. I’ve stood on the east beach and watched Hecate almost comically throw logs into shore like lawn darts. So I feel there may have been some validity to my anxiety, or so I will vehemently claim if teased. After all, this was my first time crossing Hecate Strait in a small sailboat.

We were leaving from Masset for a summer of meeting up with friends, family and exploring the hot springs along B.C.’s northern Inside Passage. We cast off the lines to catch the afternoon tide. My partner went forward to raise the main and the 150 percent genoa as we rounded the pilings to the harbour, entering the ebbing tide out of Masset Sound. We were finally on our way, swept along in the swift current at a steady eight knots on a gentle beam reach. Not bad for a 27-foot Catalina. 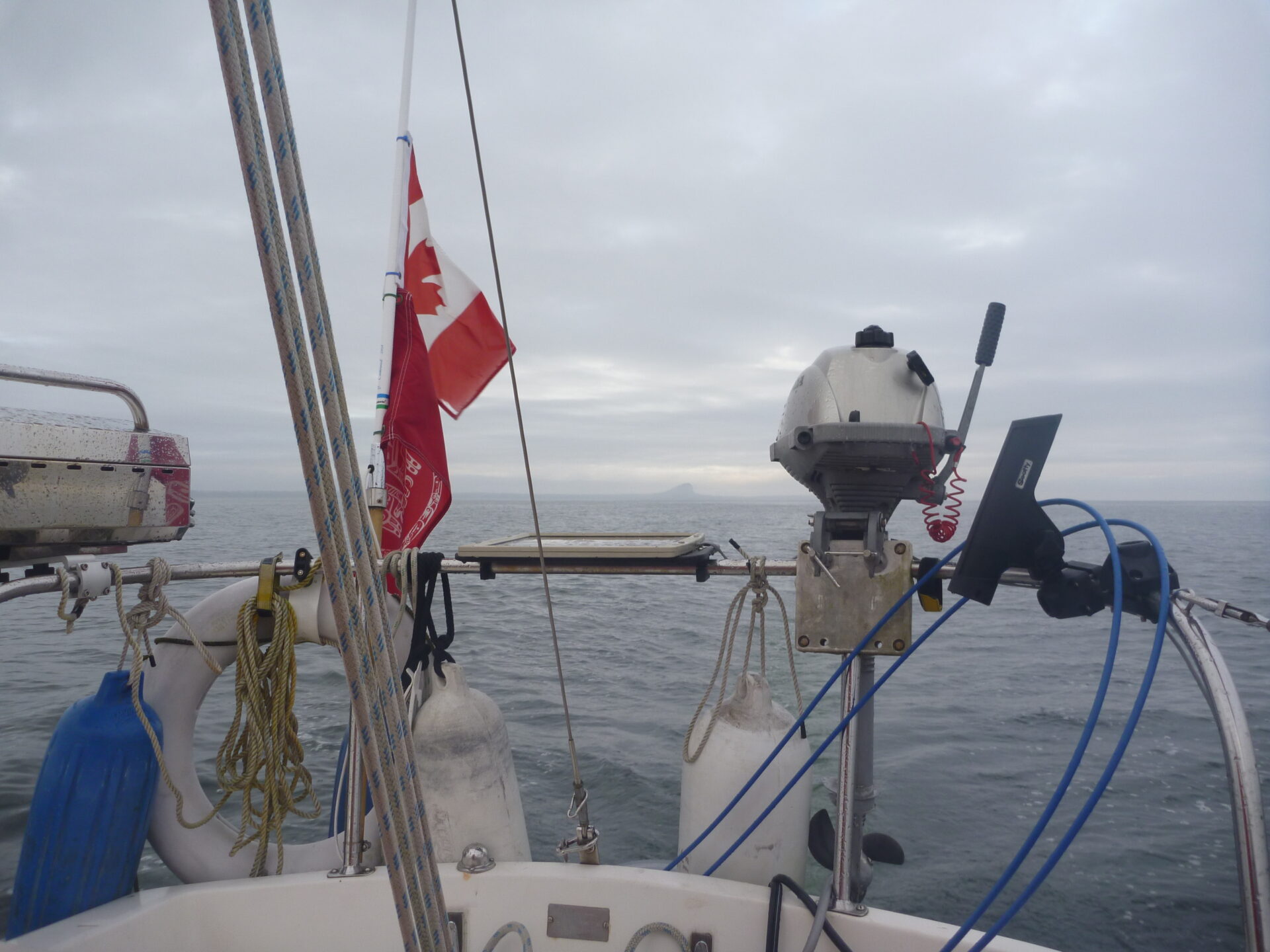 Masset Bar is a tricky place with strong converging currents that challenge the best of mariners, but we had passed through plenty of times in No Point. This time, we had light wind and leftover chop from a few days of prevailing northerlies. We lost all tidal push from the inlet as we rounded the bar into Dixon Entrance.

Twenty minutes later, our sails began to droop and then hang lifeless; the wind was gone and even the turbulent, choppy waters went flat. Nothing moved. It was getting late, even for our long summer days, so we fired up our outboard and motored. I made dinner along the way and we dropped our hook 45 minutes later, nestled in the north-facing, crescent-shaped bay between Tow Hill and Yakoun Point. Not long after the anchor hit the familiar sandy bottom, we were fast asleep, dreaming of the hot springs waiting for us on the other side.

We greeted a misty morning sunrise at 4:00. Well-rested, we pulled the anchor and made our true departure from the safety of Graham Island. We set out for the red can buoy at Rose Spit, with Tow Hill poking out from the fog just long enough to give us the thumbs up. I’m proud to say that I’ve spent more than my fair share of time on Rose Spit and surrounding beaches, but I had never seen this perspective of Haida Gwaii before.

We drifted past the early morning clam diggers from Old Masset on North Beach, eventually ending up off the tip of Rose Spit with a mysterious, lone fishing boat. We passed the red buoy and then crossed over shoals with dark, standing waves appearing out of flat, calm, foggy waters. It was wonderful and I began to feel the rhythm of the Hecate as we left the Misty Isles behind us.

When the plotter showed us in the middle of the strait, we were on mercurial-looking waters with a gentle swell beneath us. It felt surreal, like something you would read in C.S. Lewis’s novel Out Of The Silent Planet—no land to be seen anywhere and not a hint of breeze. The motor purred on, indicating motion, but everything seemed stopped in a kind of warm, golden-hued fog.

Soon enough, the sky cleared and mountains loomed ahead of us. We passed Butterworth Rocks with an escort of dolphins dancing around the hull. In brilliant, steaming sunshine under full sail, we slipped into Bell Passage alongside a pod of killer whales. We sailed down Chatham Sound, passing enormous, alien-looking container ships from all over the world that were anchored and waiting for their turn in Prince Rupert Harbour. We dropped the hook at 19:00 in Chismore Passage, next to a gentle river pouring out of a wide valley in 30 feet of calm, protected water with a nice, muddy bottom. 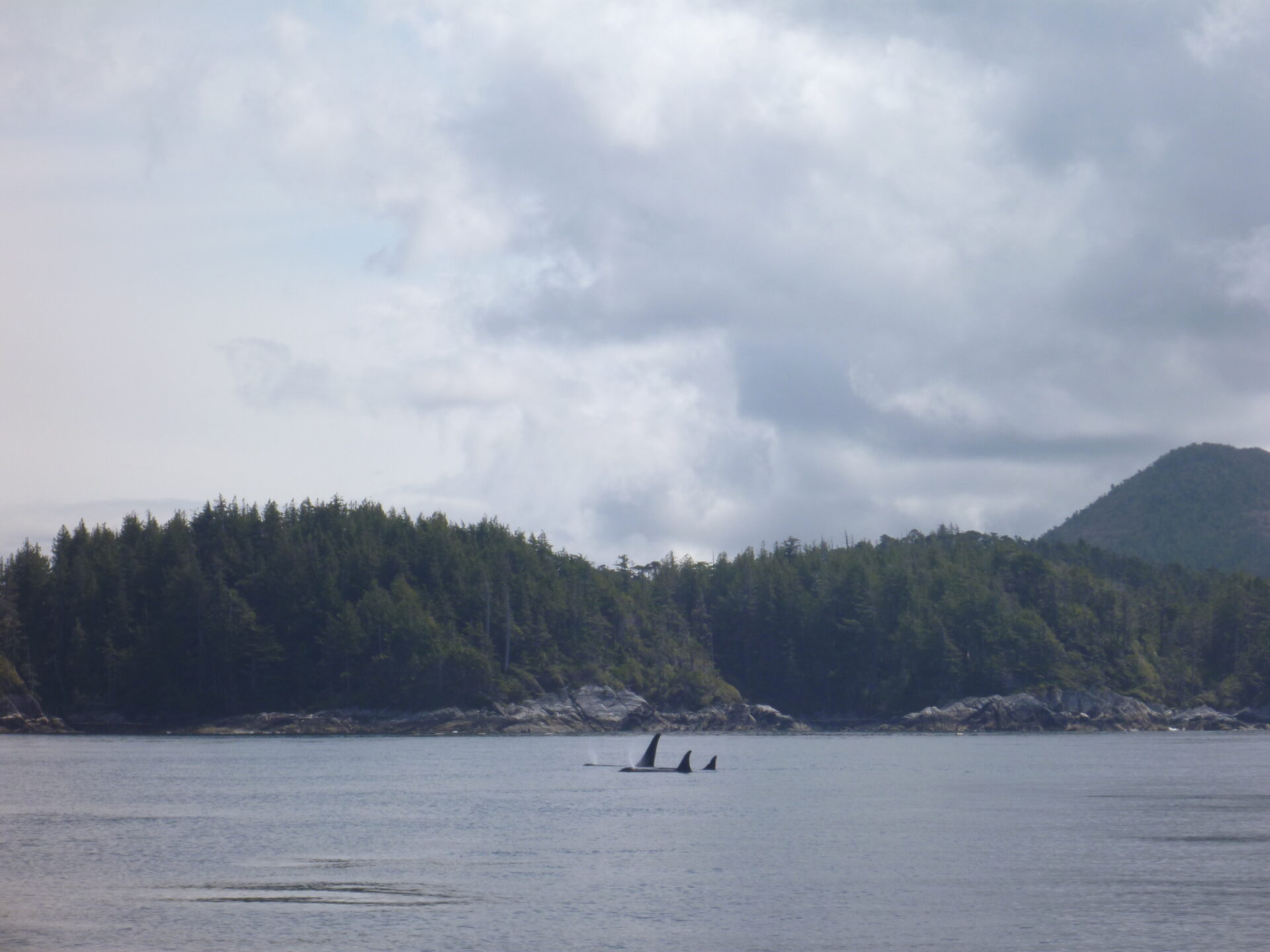 Later that night, I sat on the bow of No Point with a glass of wine, writing in our logbook. The air was warm and still and the mountains surrounded us in stunning scenery. My mind wandered to my earlier fears of crossing Hecate Strait on our own in our little sailboat and I wondered at what point during the day I had forgotten them completely. It didn’t really matter; they were gone and had been replaced with true respect for the majesty of our Lady Hecate. All the beautiful fury she unleashes during a storm is equaled and surpassed by her tranquility in peaceful conditions.

She had been gentle with me my first time, but there was a little more stress when we crossed her on the way home.