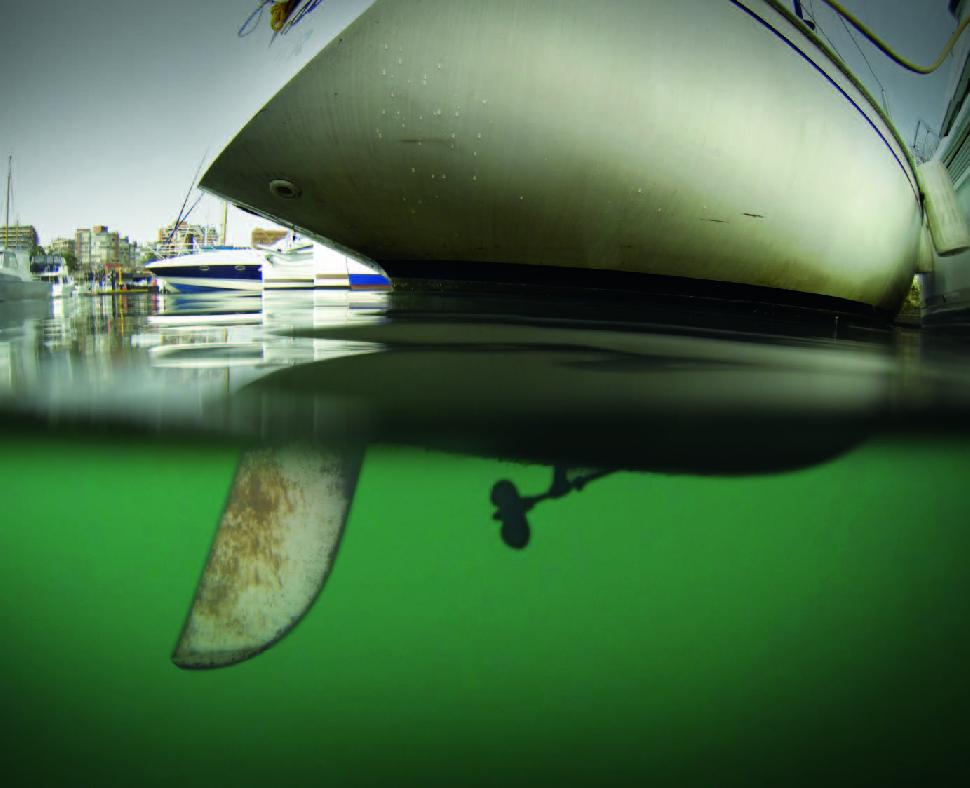 Dive It or Haul It?

We get asked a lot of questions, but the one we get the most is some variant of, “Can you guys just dive my boat or do I have to haul it this year?” Boaters ask more and more if they can stretch their annual haul-out past a year. Most of the time, we find that they can.

We’re a repair shop in the Granville Island Boat Yard, and a commercial dive company. We bottom paint a lot of boats, we dive even more of them, and every year we see boats whose owners have waited too long for their haul-out, or boats that were hauled too soon. Perhaps most egregiously, we also see boats with really good multi-season anti-fouling that has been improperly applied or applied in insufficient quantity to do its job, thereby committing the boat and its owner to a haul-out cycle that’s more frequent, and expensive, than necessary. 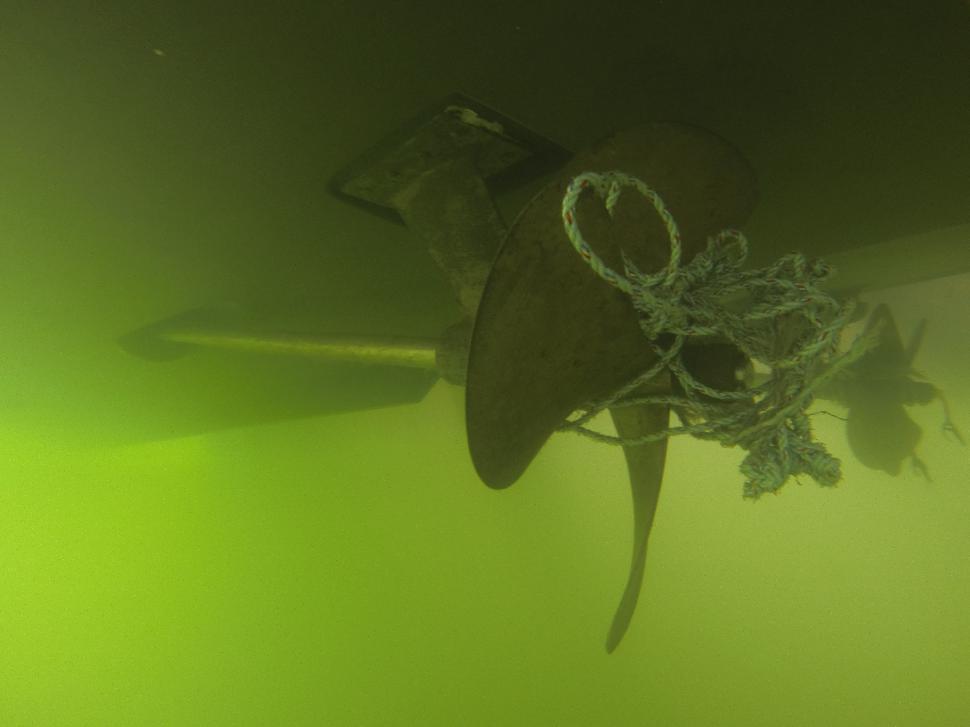 Contrary to the myth, we’ve found that the vast majority of boaters (even sailors) are not cheap. Measured, to be sure, but there are many expensive jobs to consider, especially as boats get older: removing 20 years of bottom paint, repowering, replacing the standing rigging, installing a new suite of electronics or new propellers. The list really could go on until we all need a wash. Boats are expensive to buy, maintain and use, and B.C. is an expensive place to live. We think all boaters should develop a good relationship with a repair shop or a brokerage that can help them weigh these considerations with a view to safety, budget and boat longevity.

There is no short answer to the question, “When should I haul?” But we always ask a few questions of our own to help boaters make good decisions about hauling, painting, using and diving their boats:

What kind of paint do you have?

Where does the boat live?

What kind of boat is it?

How often do you use it, and for how long? 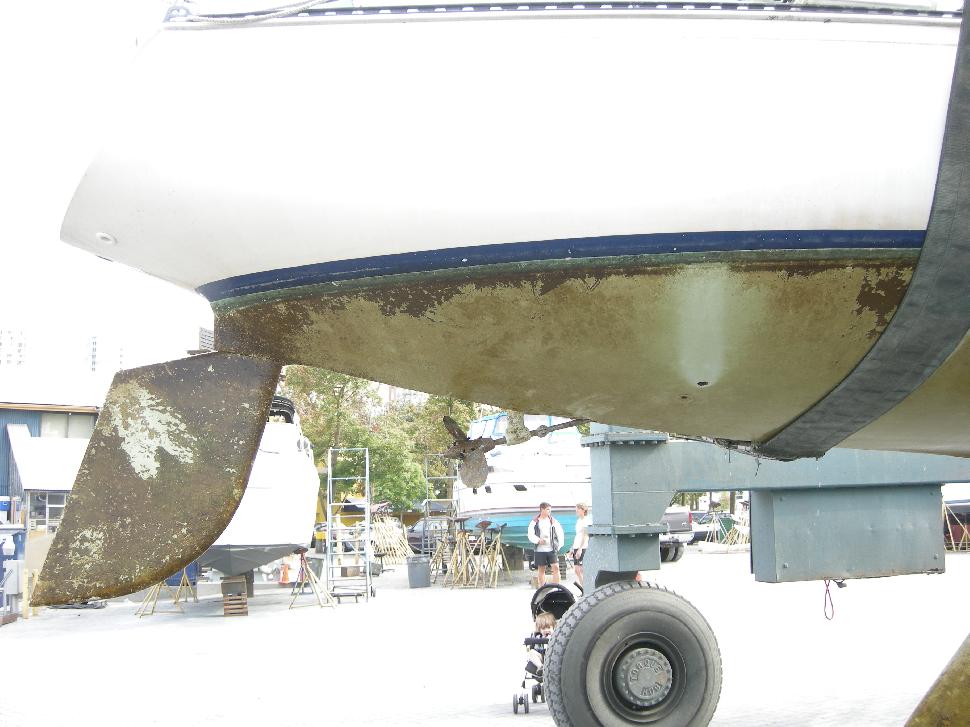 The paint companies make anti-fouling bottom paint that can last years in our waters, and with a judicious mix of preparation, painting and diving, boaters can stretch their haul-out window from the oft-recommended one-year cycle to three, four or even five years.

However, there are a few important things to remember when selecting and applying anti-fouling.

First, match the paint you’ve got, because compatibility really matters for the success and longevity of the coating. If you’re stuck with an inexpensive, yearly paint, use the boat often if you can, and call your diver or dive company when the water warms up, or just before you leave for your first cruise of the year.

Next, make sure that the paint is applied to a clean, dry surface. This is a no-brainer to be sure, but a rule we see violated all the time by boaters and boat repair people.

And last but not least, READ THE CAN. Better yet, read the product data sheet from the manufacturer, and follow the application guidelines, especially those that pertain to over-coating and launch times for the outside temperature during application. If you’re having your boat painted by someone else, make sure they’re familiar with the product and how to use it.

We have seen more good paint wasted by not applying enough of it, or by launching boats too quickly, than by anything else. Taking a few extra days during your haul-out to apply an extra coat or two of good anti-fouling will save you time and money in the long run. An extra few days, an extra can: that $500 can get you out of your next haul-out.

The old distinction between hard and soft bottom paint means less and less these days, as does the amount of biocidal copper (or cuprous oxide) in the paint. Some of the best performing modern bottom paints present a surface that is somewhere between traditional sloughing (or ablative) paints and the so-called hard paints.

These are the so-called hybrid paints: they have a more controlled leaching mechanism than traditional paints, so that the biocide release is more consistent, and their paint film wears away smoothly over time. Often they have less biocide than other paints. This is a good thing for boats, the environment and for applicators.

Our professional opinion is that when applied correctly, and in sufficient quantity, hard paints outperform other paints and save boaters money in the long run. 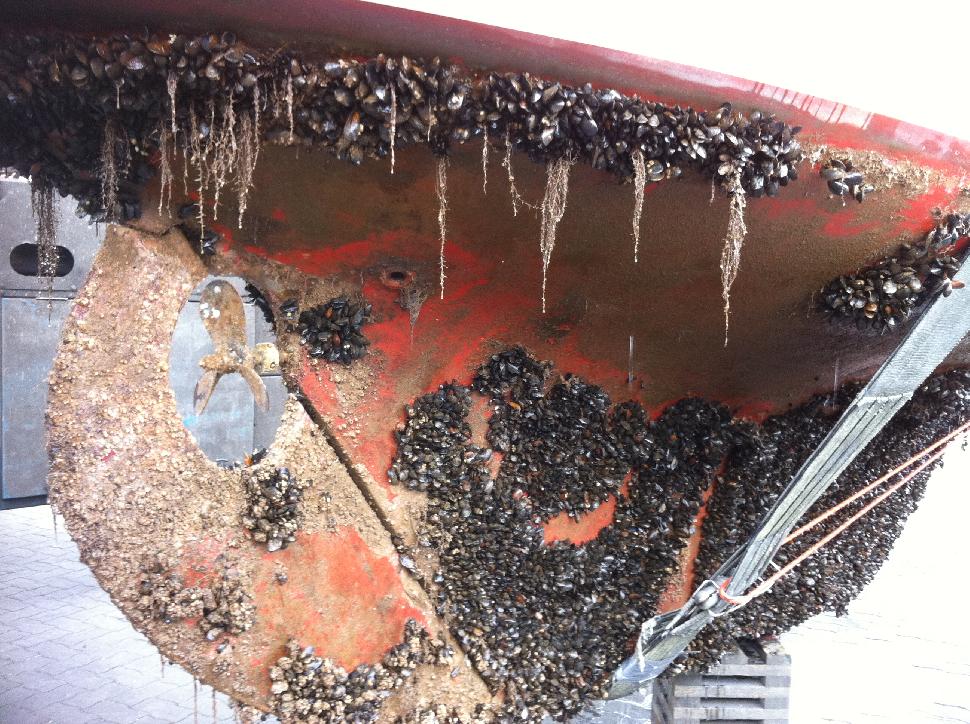 Our local waters are relatively low fouling, but conditions can vary a great deal from one marina to the next. Where we are, in False Creek, the water is quite warm in the summer, with nutrient rich runoff from the Fraser River, and, especially under the bridges, has fast moving tides. All of this means that boats in our basin get dirty much faster than elsewhere, and so need to have more or better anti-fouling. They also benefit also from frequent use.

Boats that are kept in places where there is a lot of fast moving steep mountain runoff—fresh water that is colder and less nutrient rich—generally stay cleaner. (The anodes last longer too, because the water is less saline, and therefore less conductive.)

Planing hull boats can easily get two seasons out of a relatively inexpensive bottom paint job, with so-called hard paints. Here too, though, frequent use is key: boats that move a lot during the high growth season—June through September—stay much cleaner.

The intertidal shellfish industry is highly fragmented with many individual growers. In B.C., there are currently 40 commercial intertidal clam growers registered with the B.C. Shellfish Growers Association (BCSGA). Much of the production takes place in Baynes Sound, with processing undertaken by five companies on Vancouver Island and two in the Vancouver area. According to the BCSGA, the majority of clam seed is imported from Hawaii and Washington State.

In addition to native species, there are two common invasive species. The Manila clam (Venerupis hilippinarum) was brought over from Asia in the 1930s, and the varnish clam (Nuttallia obscurata) was introduced to British Columbia in the 1980s. Native species are found in both the northern and southern waters of B.C.’s coast. However, Manila clams are generally not found north of Campbell River, which is likely due to the colder water temperatures of central and northern B.C.