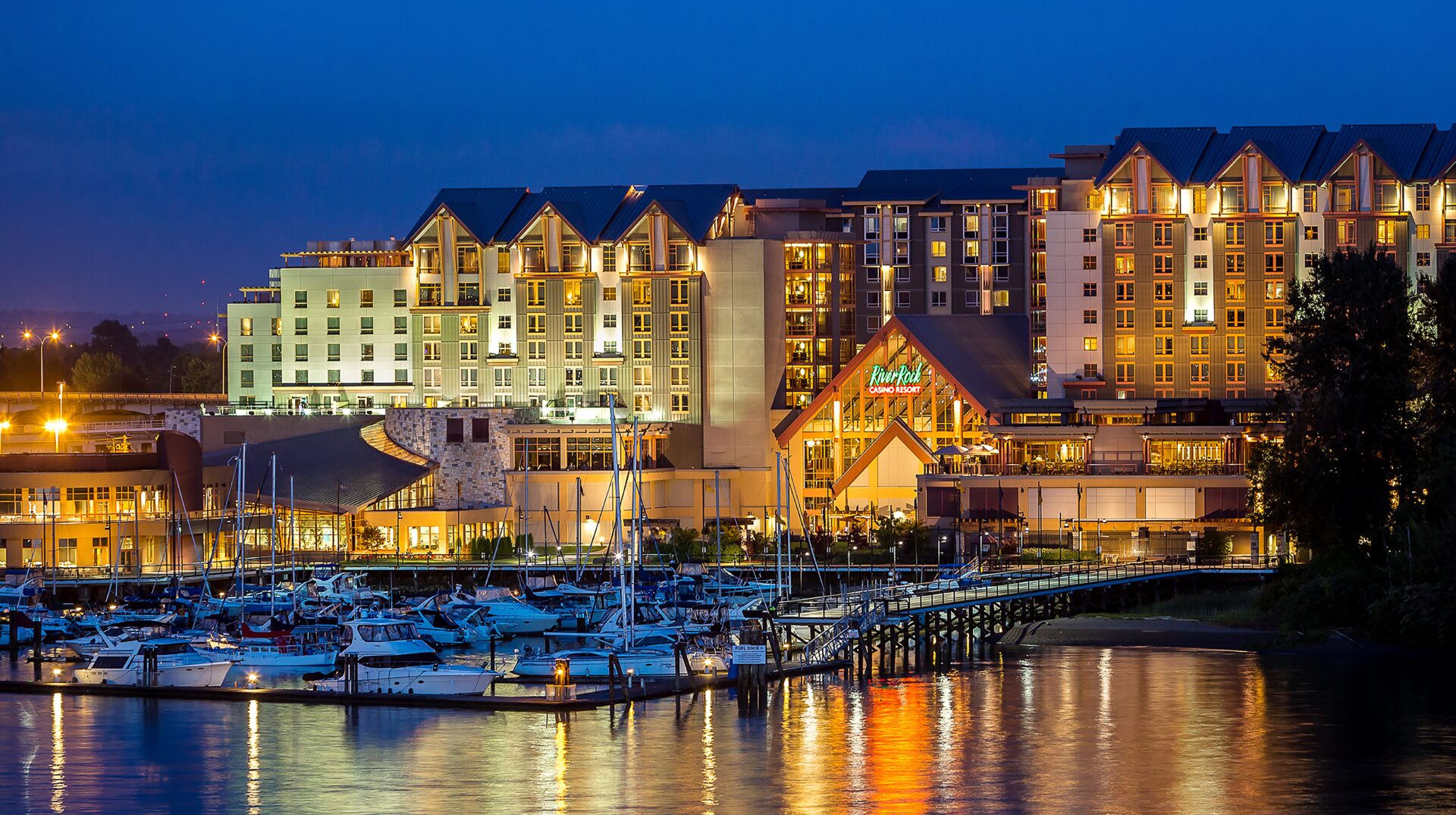 Escape to the City

7 Winter escapes that are a hop, skip, tack or motor away

The weather report said Sunday would be sunny and warm, for the offseason that is. So after a flurry of emails, the excavation of my tuque and gloves, and a final check-in with Marine Weather, I joined group of intrepid sailors at Burrard Civic Marina for a day aboard the Viking Sailing Club’s new Bavaria 34’ Tyra.

The Viking co-op, which is part sailing club and part social club, is a great way for beginners, or occasional boaters to get affordable time on the water in a friendly and supportive setting. As an extra bonus, after September 30 the day rate on Tyra drops in half, putting our off-season adventure well into the awesome category.

Off-season boating may seem like a chilly proposition. But happily, Vancouver has some relatively benign winter days as well as a variety of cosy destinations you can easily reach during daylight hours. Aboard Tyra, as we warmed up with coffee while going over her pre-departure checklist, we decided Bowen Island was a good fit for the day’s weather patterns. Often busy in the summer, we were counting on the thinned out crowds of autumn to secure a slip at the island’s busy government dock and a seat at Doc Morgan’s pub for a hot lunch.

Unlike summer days, Burrard Civic was quiet while we prepped the boat. After rigging we talked over how to get out of our snug slip and I commented on how nice it is to practice docking skills without too many judgemental spectators around. But after a perfect exit, I sort of wished for witnesses.

Pulling into the empty channel, we headed under the Burrard Street Bridge and joined a small scattering of boat crews who hadn’t let the calendar (or the crisp air) get in the way of a good time. Out on the bay, there wasn’t a breath of wind on the flat water, so we pointed toward our destination and admired the pretty day. After the breakfast pastries disappeared, a light breeze filled in and we raised the sails. With the sunshine the breeze was crisp—but not too chilly. It was gorgeous.

Arriving at Bowen Island we were happy to discover our guess had been right: We had a large expanse of government dock to ourselves ($10 charge) and there was no line at Doc Morgans. After a yummy lunch and a short stroll it was time to start for home. By now the breeze had kicked up to a more exuberant 15 to 20 knots with seas to match. We had a quick and fun sail home, each of us taking a turn at the helm while we put Tyra through her paces.

Vancouver has a bunch of great destinations that can help extend your boating season. During the long days of summer, setting sail for North Vancouver or Ladner may seem underwhelming when you have more exotic sounding ports within range. But we’ve discovered exploring in our own back yard comes with rewards. There are a few things to be aware of though:

Keep in mind Vancouver’s weather patterns are altered as the cooler weather hits, so it’s important to stay on top of forecasts. Lows coming in from the west can move with surprising speed. While high pressure building in the country’s interior can pull cold arctic air in and push strong winds out through Howe Sound, creating rough wind against tide conditions. Temperatures on the water are often colder than they are on land—so bring extra clothes and a thermos of something hot to keep you warm.

With a history that’s steeped in nautical lore—there’s no better way to visit the historic fishing village than by boat. Located 6 miles up the south arm of the Fraser River, Steveston has undergone a transformation that modernized the town while protecting its unique history. Moorage can be found at the City of Richmond’s new Imperial Landing dock, which offers three hours moorage for free (then $1 per foot per day for up to three days).

From the dock there’s plenty to explore. Britannia Heritage Shipyard Park, is a 8.14-acre national historic site with a heritage boardwalk running along the river and several meticulously restored buildings that give a glimpse into cannery life. In the village there’s a variety of shops and restaurants—including Pajo’s the frequent award winner for the city’s best fish and chips.

Visitors to Steveston can’t leave without a stroll (and a purchase) from the fish docks. Choices vary with the season—but the fare is always fresh and they have some of the best prices going. Be sure to get your seafood packed in ice for the trip home.

Also found up the Fraser’s south arm, a cruise to Ladner takes you past the Reifel Bird Sanctuary and into the South Arm Marshes. In the late fall and early spring keep your eyes open for migrating snow geese and large flocks of waterfowl (ducks, geese and swans) as well as river otters playing along the banks.

A farming village, Ladner gets a bit sleepy after the fall harvest is complete but a variety of restaurants offer a range of dining—and, if you hit it during its open hours, the Delta Museum is well worth a visit.

If you’re looking for a bit more bling in your winter cruise, you might want to head 7.5 miles up the north arm of the Fraser River to River Rock Casino. Not many casinos can boast having a marina out front, but the Great Canadian Marina offers moorage that puts you in the middle of the action.

With live music most nights, a busy concert schedule and a variety of onsite and nearby restaurants, Richmond makes or a great day trip or weekend destination.

The well-known popular spot in summer is also a great winter option. Free, three-hour moorage is located in false Creek on the docks at the back of the market (be sure to leave space for the ferries). You’ll have time to explore the market and many local businesses where you can stock up on local delicacies and pop into a few shops for B.C. made gifts.

Lunch options range from the food fair in the market—where you’ll have a good chance of finding an inside table during the off-season and foodie favourites like the Sandbar restaurant and Dockside restaurant.

Vancouver’s second free dock is located at Harbour Green Park at the north end of Bute Street near the Sea Plane Centre in Coal Harbour. This pretty park also offers free three-hour moorage and provides the ultimate traffic-free access to the city. During the holiday season, the Christmas Market is found steps away at Jack Poole Plaza. Here you can visit the market’s alleys and find that special gift. Keep warm with mulled wine and German sausages or head to a nearby restaurant for a sit down lunch. Harbour Green Dock is currently closed for repair. 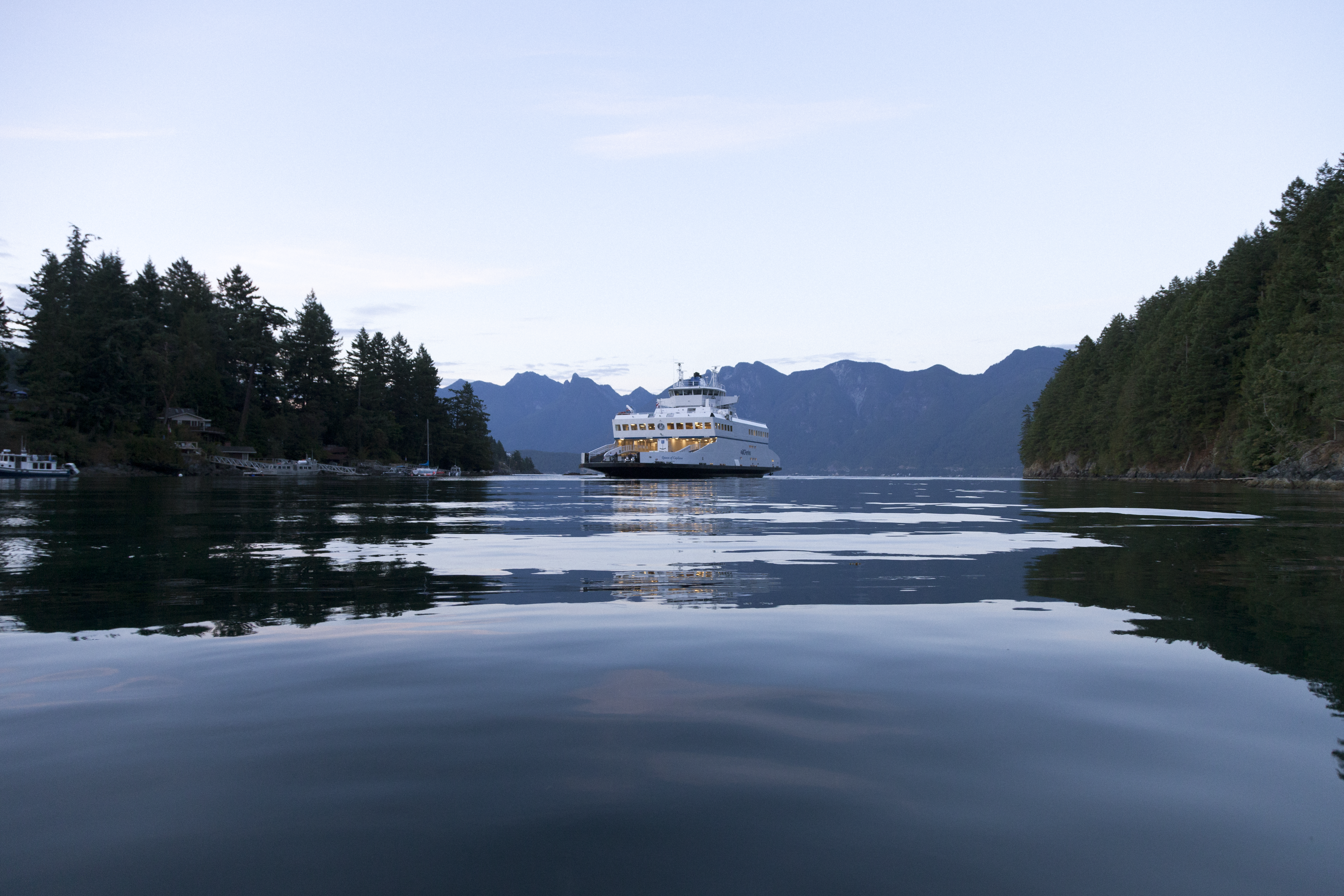 Both the St. Roch Dock (located at Burrard Dry Dock Pier and Pier 7 Restaurant) and the Goldsworthy Pier (at the foot of Waterfront Park) offer free three-hour moorage and the chance to get to know North Vancouver. Located in Burrard Inlet, St Roch is found on the east side of the Lonsdale Quay and Goldsworthy the west, and both offer easy access the Quay and the shops of lower Lonsdale.

The floating dock at the Goldworthy’s Pier is suitable for boats up to 40 feet while the St Roch Dock can fit several boats—or a large vessel up to 80 feet. Both docks are on a first come first served basis. While here, don’t miss snapping a photo of the gorgeous Vancouver skyline and then take a moment for the Sailor’s Memorial—then head to the quay for some exploring. If you’re a beer lover be sure to check out Green Leaf Brewing then venture up the road to Lower Lonsdale, North Vancouver’s oldest neighbourhood.

Perfect for a day trip or as an overnighter from the Vancouver area, Bowen Island offers protected moorage in Snug Cove and plenty of interesting (and warm) reasons to go. Two marinas and one public dock (maximum four-hour stay) provide space to tie up whether running up to the pub for lunch or spending the weekend on the island exploring. Snug Cove has most of the amenities you could need, including a grocery store, liquor store and some marine services.