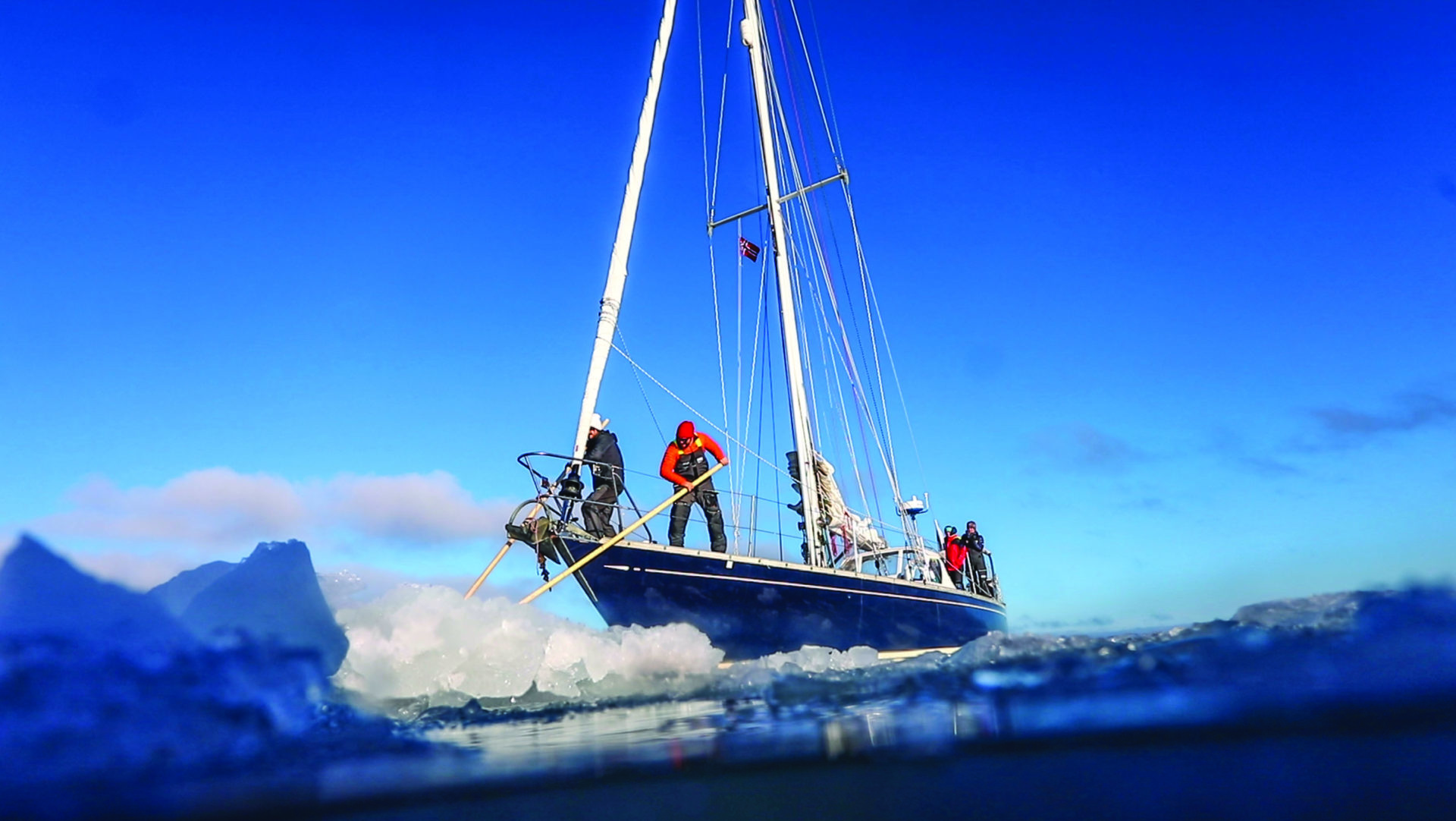 Film Review:  80 Degrees North, Sailing on top of the world

What happens when you take eight warm-weather sailors with 20 cameras and put them on a 48-foot boat in the Norwegian arctic for three weeks? Well—if you’re the crew of SV Delos you make a cool four-part documentary and then release it in the middle of a pandemic so that armchair sailors around the world can enjoy revelling in the beauty of the north, through the eyes of a really fun bunch of folks.

The 80 Degrees North Series takes viewers along on a voyage through the Svalbard archipelago. Filmed in the summer of 2018, the documentary is the most ambitious creative effort yet by the popular YouTube crew. The series follows the Delos gang—Brian and Karin, Brady and Alex (aka “Blue”) and Kiril as they join James, Mia and Andy aboard the expedition yacht Isbjörn, a 1972 Swan 48.

The group sets out with bold plans to explore the archipelago located between Norway and the North Pole, but like all good sailors they’re forced to revise their plans on the go. Right from the outset conditions are fiercer than expected and they soon learn that in the land of the midnight sun, schedules don’t work the same way.

The crew ends up sailing in some pretty harsh conditions—giving viewers a sense of just how rugged a landscape it is they’re exploring. There are moments of palpable peril as well as moments of humour and awe. There’s also plenty of wildlife and a few keen observations about the pressure the north is experiencing as more and more cruise ships are able to access these remote areas.

Those familiar with the Delos brand will notice the quality of the documentary appears to be a step up from their normal YouTube offerings—this is because 2,000 hours of editing effort went into the production—pushing the team’s film making skills. Well-executed drone use, gorgeous still photography and traditional documentary techniques have combined into making the finished piece feel like the kind of outdoor adventure film you’d find on the film festival circuit.

What remains the same are the familiar effervescent personalities of the crew as they experience the wild beauty of the landscape (full disclosure—I’ve known Brian, Brady and Karin for years—and their public personalities are pretty much the same as their private ones).

Though the series is divided into four 30-minute episodes, we watched all of them in one sitting. This did mean there were a couple of repeated scenes—but as a first feature-length effort, the production is slick and professional. I came out of it hoping that more films of this calibre will follow once the crew is sailing again (their pre-pandemic plans included a voyage through the North West Passage).

The documentary is available through November 2021 online at a pay-what-you-want rate at 80northseries.com.

Learn more about the expedition yacht Isbjörn and their crew at 59-north.com.