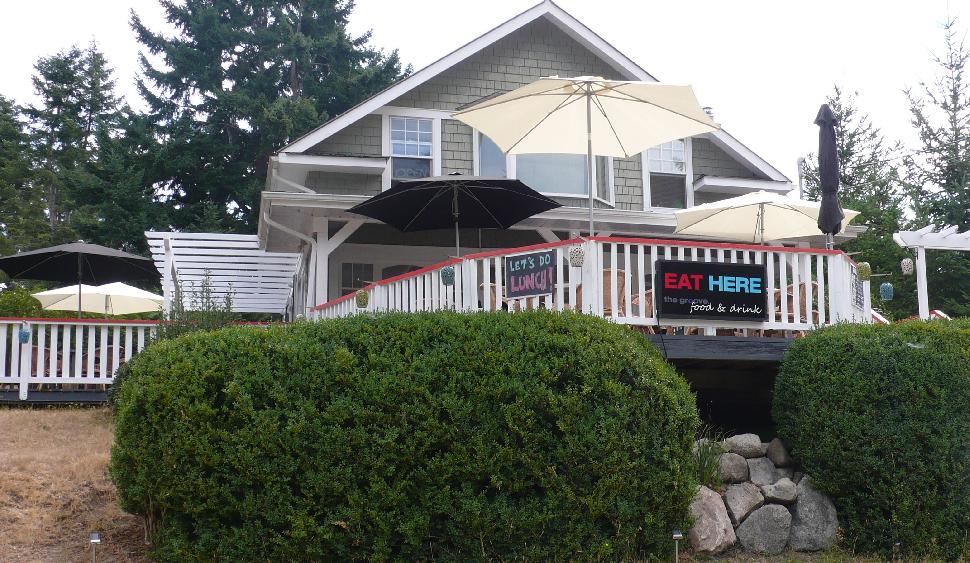 Great news for boaters: The old Greenhouse Restaurant in Miners Bay has been reincarnated into the Groove Island Kitchen under energetic and enterprising new owners, Andrew Smith and Sherrie McDonald, both of whom have many years of experience in the food business.

Sporting bright colours, two refurbished decks, new signs and a whole lot of buzz, the Groove is definitely going to live up to its name. The heritage building would be wearing a smile if it could.

The home—built in 1910, and originally owned by a Japanese greenhouse farmer from 1921 to 1942, Kumazo Nagata—first became a restaurant in the 1960s, called The 5 Roosters. Some time in the early ’90s it changed to The Mayne Mast and we have fond memories of dropping the hook in Miners Bay and heading in for lunch. In 2007 it was up for sale, eventually purchased and renamed The Greenhouse Grill, which operated for several years before the old building once again went on the market. “That was probably around 2012,” says Smith. “But that’s just us using some Facebook detective work. It sat empty for around two years before we came along.”

Already known for their delicious gourmet pizzas (like smoked salmon or butter chicken) and tasty tapas dishes like paella and their charcuterie board or pesto linguine, the dishes are constantly changing and constantly popular.

My skipper says the craft beer selection is excellent and I had no complaints with the large choices of wine by the glass or the sexy Italian sodas, dressed (read: booze added) or undressed.

The Groove doesn’t have a website but you can check out winter hours, menus, new dishes, and anything else you want to know by visiting their Facebook page. Or you can call 250-539-0776. Skippers in hurry or wanting to catch the ebb in Active Pass can always call ahead and get takeout. At present they’re closed on Tuesdays and Wednesdays while they source fresh ingredients at about 15 different farms and outlets.