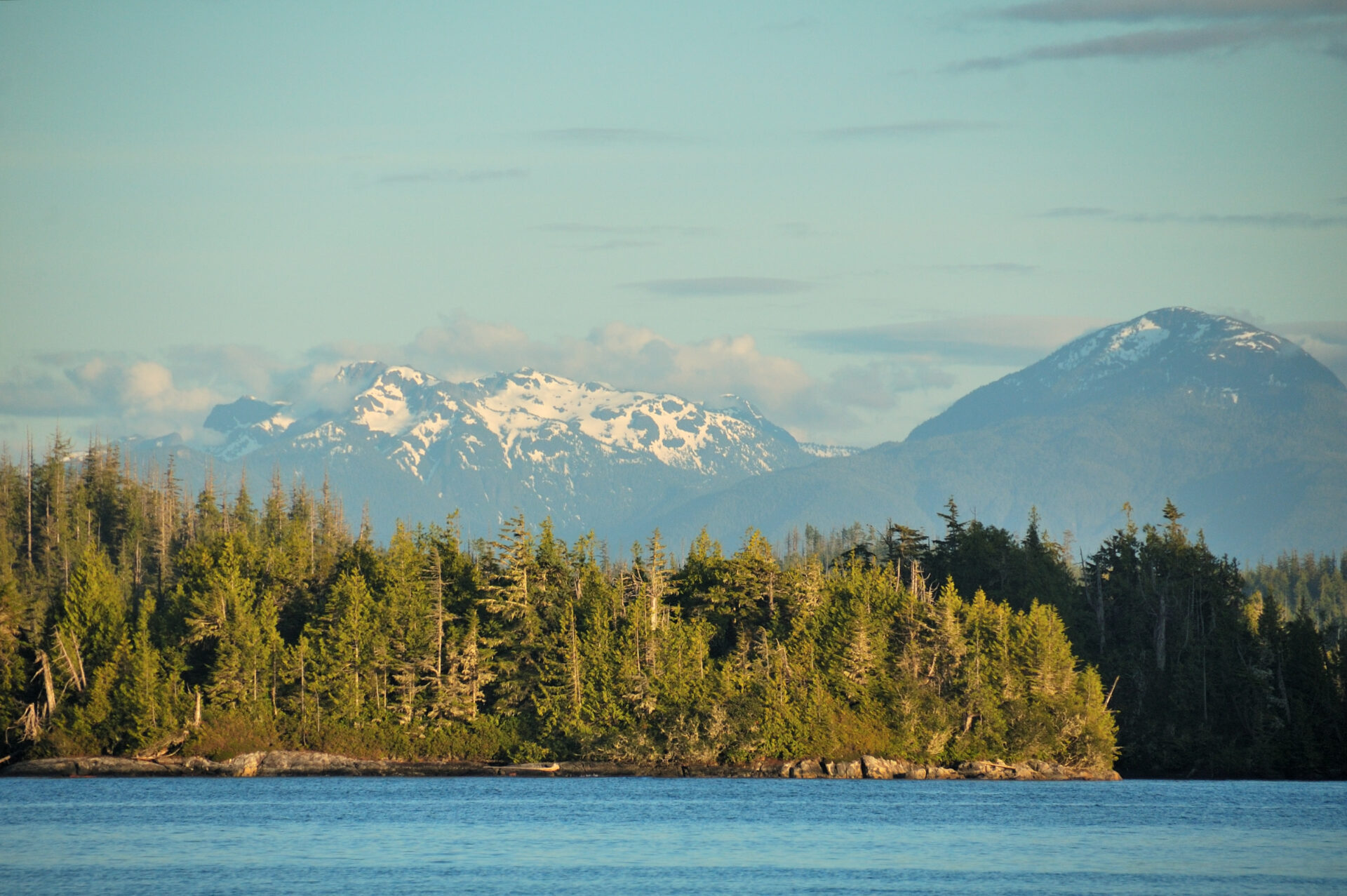 An excellent alternative to the popular Joe Cove

Sometimes the most enjoyable gunkholes are the unplanned ones. Arlene and I carefully guided Easy Goin’ through the labyrinth of crab floats in Joe Cove on Eden Island only to discover a boat anchored at the head of the cove and another tied to a small dilapidated float protected by a couple islets and charted rocks in the southern arm. After a short discussion, we didn’t feel comfortable dropping the hook amongst the crab traps, so we moved on to seek shelter and seclusion elsewhere.

Upon exiting Joe Cove, we slowly worked our way westward toward Trainer Passage and a promising unnamed cove on the chart, approximately three quarters of a mile to the west. Upon arrival we were delightfully surprised to discover we had the picturesque cove to ourselves. For us, when it comes to the ultimate boating experience, nothing beats setting the anchor in a small, well-protected, unoccupied cove or nook.

Locally known as Mud Bay, we prefer the name “Let Her Rip Cove.” A name given by the late Don Douglass and his wife Reanne Hemingway-Douglass, in their cruising guide, because of the protection provided when they were seeking shelter from westerlies off Queen Charlotte Strait. The name is appealing to our adventurous side, providing fuel for our imaginations. 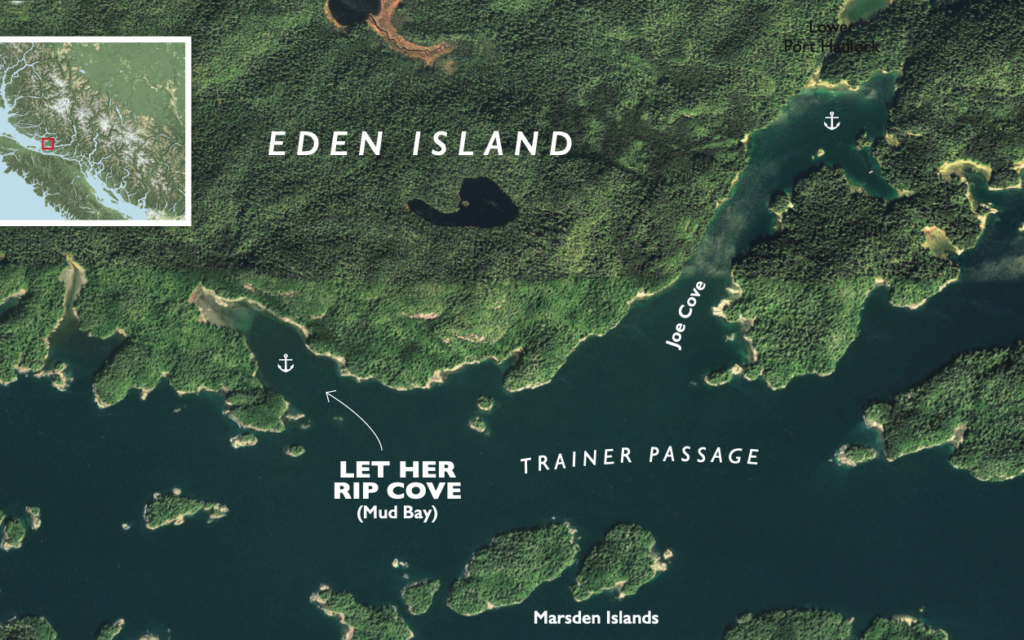 Eden Island’s southern shoreline forms the northern boundary of Broughton Archipelago Marine Park, which sprawls along the eastern edge of Queen Charlotte Strait. Within the park’s meandering boundary is an interesting maze of small islands and interconnecting channels, part of a larger area referred to as the Mainland by locals, most of which live in Echo Bay on Gilford Island.

The approach is straightforward except for a small islet and a couple of drying rocks all lying south of the cove. They are well marked on the charts making for an easy and safe entrance.

We set Easy Goin’s hook at the head of the cove in 17 feet over sand and grass with good holding. There is ample anchoring and swing room for three or four boats and the setting is pristine with a tree-draped shoreline and shoaling headwater. It offers good protection from west winds although it is open to the southeast.

After a quick lunch we launched the dinghy to explore the bay and the numerous nearby islets in Trainer Passage. At the head of the cove there was plenty of evidence—large logs washed up to the high-water line—that the cove is exposed to southerlies as suspected. But the driftwood makes for a great resting place with a tranquil view of the anchorage. As we examined the thick drift line of debris amongst the logs, Arlene discovered an old salmon fishing plug probably from a commercial fishing boat. The Tomic five-inch fishing plug was quite the find. My uncle was a commercial fisherman and he once told me that if I found a plug washed up on the beach it was probably from a commercial fishing boat and I would want to put in my tackle box. His theory was that commercial fishermen only use proven plugs and a large salmon probably broke the line when it bit it. After a closer examination of the find we could see multiple teeth marks and we couldn’t wait to lower it on the downrigger and troll it around for a while to see if my uncle’s theory was correct.

Once back aboard Easy Goin’ we sat on the back deck absorbing the warmth of the sun, taking in the sights and sounds of the cove and views of the snow-capped mountain range off in the distance beyond the Marsden islands. A few boats passed the entrance to our anchorage but none approached, so we had a little piece of paradise to ourselves except for a few seals splashing nearby and hummingbirds flitting through the air.

At dinnertime we were joined by another boat for the night. Our evening entertainment was watching a group of harbour seals rounding-up small fish and then bolting through the school for a meal. As the sun set, the snow-capped peaks turned shades of red and pink and a waxing moon rose over the cove’s fir trees.

Before retiring for the night, we checked our ground tackle and listened to the local VHF weather forecast, so we could rest assured we were in an anchorage that would provide secure and welcome shelter, like a good friend would.

The following morning, after a peaceful night’s sleep in the quiet and calm anchorage, we weighed anchor and set a course through Trainer Passage and across the calm Queen Charlotte Strait en route to our next destination. As we motored away we couldn’t help but anticipate our return to visit our newfound friend.