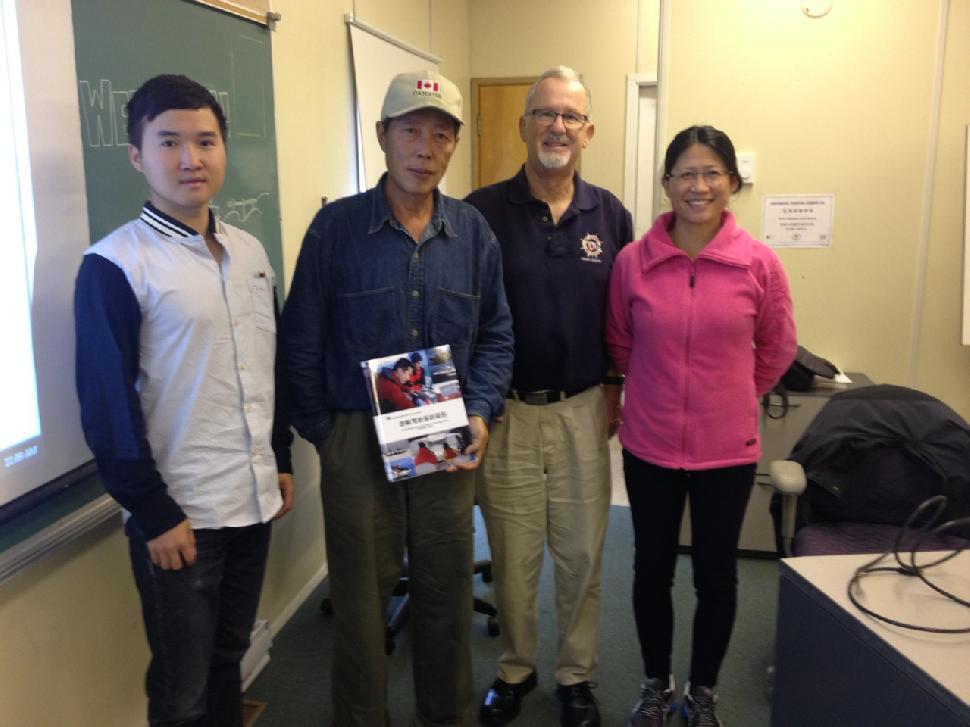 Training in boat operation for local Mandarin-speaking residents has moved into high gear. Jack Tang, founder of the Continental Yachting Academy in Richmond, says the academy’s training program has a large enrollment of students and is designed to maximize boater competence. He says the academy’s hands-on-training is one of the greatest assets it has to offer its students, all members of the local Chinese community.

Jack Tang approached Rick Easthom, commander of CPS Fraser Squadron in February 2012, to teach CPS courses in Mandarin. The academy worked in collaboration with the Canadian Power and Sail Squadrons and translated their manual into Chinese. In May 2012 Fraser Squadron and Jack Tang started their first Mandarin classes. Tang’s operation has seen more than 400 graduates since the translation of the CPSS manual with approval from Transport Canada.

IYT also has ties with Nanaimo-based Western Marine Institute (WMI), offering a wide range of career opportunities. At the WMI, former RCMP marine members and experienced mariners from other sectors are involved in courses that include firefighting and seamanship as well as ferry operations training.

Among the many programs at CYA, will be a ham radio course in Mandarin. Students will be taught how to set up and use the equipment in such manner as to cause no conflict with regular channels.

The location of the academy in Steveston is handy for access to the Fraser River where a number of academy-owned vessels are in service and are being used for hands-on training in the river and in the Strait of Georgia. The Canadian Lifeboat Institution also operates its vessels out of Steveston and the headquarters of the academy is also the location where the CLI holds regular meetings of their crew and members.

Jack Tang will be travelling to China to actively work with the Chinese maritime authorities on the development of international training guidelines and standards for similar training in China.

The Canadian Lifeboat Institution’s John M. Horton, marine artist, is planning to do a painting representing the historic Zhen He and the Chinese Fleet during the Ming Dynasty. It will be presented to the Chinese Maritime Administration in China in a gesture marking the working relationship between the training entities in the two countries. For more info contact Jack Tang at 778-919-0723.