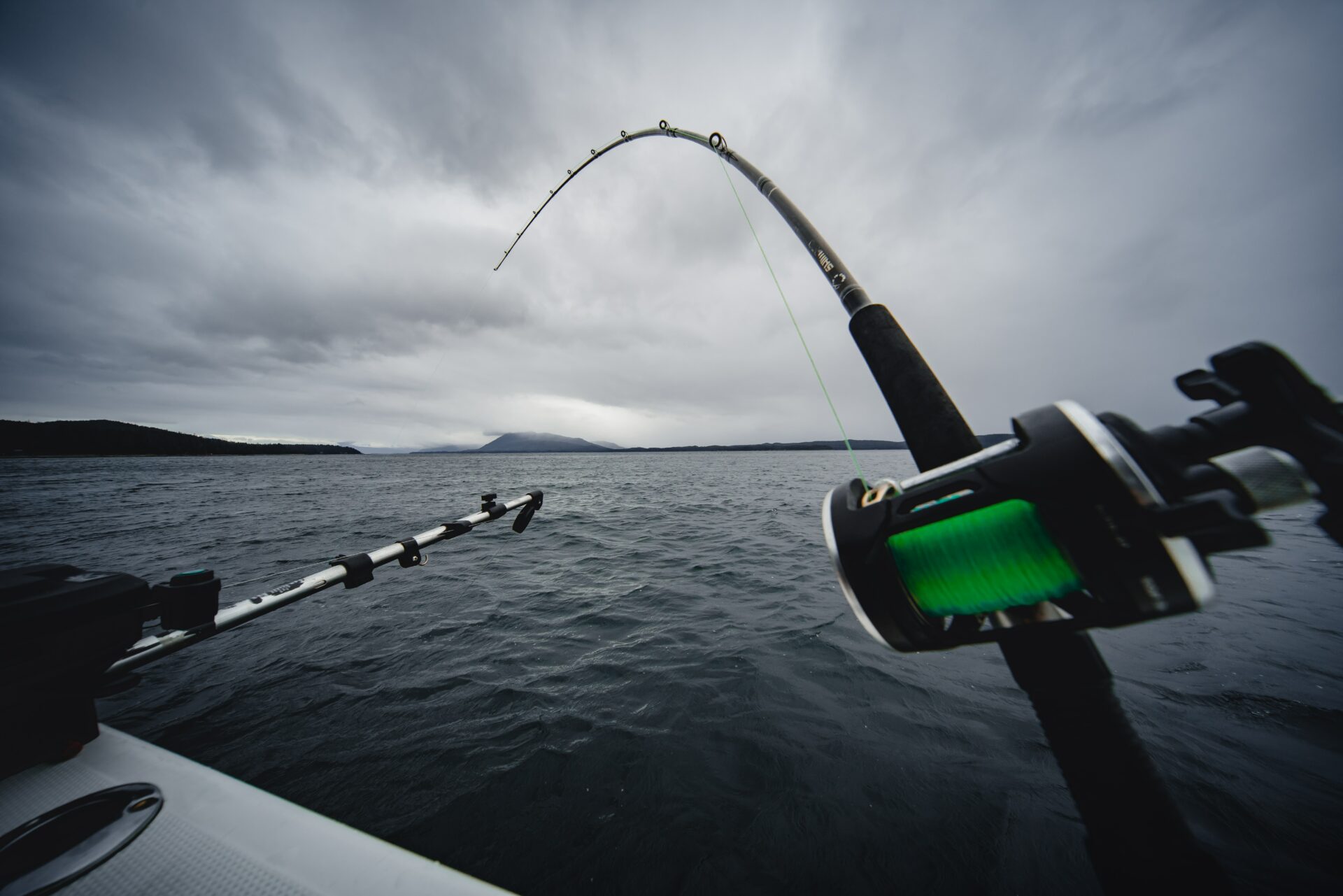 There is a lot of doom and gloom over 2021’s South Coast salmon fishing prospects. I cover this in the second segment of this month’s Fishing Fix column by explaining the proposed fishing plans for the recreational fishery; including opinions from anglers, fishery advisors and business owners on this difficult situation. However, there is some hope for 2021. Anglers could still get a crack at pink salmon.

Pinks are the most numerous salmon species. They range from California to the Bering Sea across to Asia. Pinks are long-distance ocean migrants that rear in the North Pacific. They have recently extended their range to Arctic waters and have even made their way into Canada’s Mackenzie River. This territorial expansion is associated with changing climate conditions.

North American and Asian pinks co-mingle on the feeding grounds. However, there is real concern that too many pinks are negatively impacting more valuable salmon species that feed in these same waters. Part of the problem has been attributed to massive Asian pink salmon hatchery production, at a time when the ocean’s capacity to sustain more salmon has been compromised by warmer water.

Pink salmon have unusual life histories. They only live for two years before they return to the rivers in late summer and fall to spawn and then die. The juveniles emerge from the gravel in early spring and immediately begin their downstream migration to the ocean. On the way, pink fry are fair game for older and larger salmon smolts, native and sea-run trout and many other aquatic and land-based predators. Once at sea they begin their lengthy journey to the feeding grounds where they grow to maturity before returning home to spawn. Because they all spawn at age two there is no linkage between odd and even year pink runs.

Pinks demonstrate dominant and sub-dominant escapement cycles. Other salmon species exhibit this trait but not as dramatically. In southern BC the dominant cycle occurs on odd numbered years like 2021. In the north the dominant cycle occurs on even numbered years. The difference between the cycles can be profound. For example, odd year Fraser River pinks can return in the tens of millions while even year Fraser returns rarely trigger much fishing interest.

Big pink returns come from big rivers like the Fraser. However, pinks are found in a number of smaller streams. These rivers provide opportunities for in-river, estuary shoreline and small-boat fisheries.

Fraser River pink runs drive ocean pink fisheries. These pinks usually split at the northern tip of Vancouver Island with fish returning through the Juan de Fuca Strait and Strait of Georgia. The number of pinks that divert to the inside depends on water temperature off Vancouver Island’s west coast. High temperatures divert pinks north through Johnstone Strait while the biggest component comes through Juan de Fuca Strait in normal years. Between 1959 and 2013 the smallest Fraser return was two million fish and the largest was 24 million, with an average return of 12 million.

So, what does this mean for 2021’s recreational pink fishery? There is some concern that pinks have also suffered from poor ocean rearing conditions. Consequently, fishing opportunities won’t be clearly defined until July. In the interim keep your fingers crossed.

Pinks are great for introducing first-time anglers to fishing. They are easy to catch, there are lots of them and you don’t have to get up at the crack of dawn to be successful.
Here are some suggestions to improve your pink angling success.

1. Trolling is the preferred tactic. Although you can cast spoons from a stationary boat if you’ve located fish.
2. These are migrating salmon. You’ll probably do better on a flood current if you are fishing along the migration route.
3. They travel in large schools. Once you hit fish stay in that area.
4. Cover water to find them and use the current flow to your advantage.
5. Normal trolling speed works best.
6. Run as many rods at different depths as you can manage.
7. Pinks prefer mid-water depths so spread your gear between 50 and 100 feet. When one depth starts producing, target additional gear above and below.
8. Pink, pink and more pink. This is the preferred lure colour for pink salmon in small to mid-sized hoochies and spoons. Hoochies with a bit of glow pigment work well. However, pinks on the bite will take almost any lure that’s not too big.

9. Use full-sized revolving flashers. Those with UV, glow, pink and red blades are good choices. Try mini-flashers or small dodgers if you want to use lighter rods.
10. Short to medium leader lengths are preferred. Old-school high-liners used a system based on attractors lengths to determine the right leader length, adjusted for each salmon species. For pinks the leader should be three times the flasher length with lures that have their own action; but for lures without built-in actions, it drops to two times the flasher length. Basically, a leader between two and three feet is in the length range for pinks.
11. Pinks have soft mouths so play them firmly but not hard. I prefer one barbless 3/0 or 4/0 Siwash-style single hook matched to lure size. Leave trebles and tandem hookups in the box.
12. Keep the deck mop handy because pinks make a mess on the boat. Also bleed, ice and cover them quickly. They deteriorate faster than any other salmon species.

Pinks are easily distinguishable from other similar-sized salmon species. They don’t have big teeth. Instead, they have tiny cartilage-like teeth suitable for holding small prey like krill. The lower jaw is black like a chinook, but the upper jaw is whiter. The most obvious identifiers are the large, dark, blotchy spots that cover the upper body and tail; and the enormous hump that males develop as they reach maturity, hence the name “humpies.”

Fisheries Minister Jordan: Where are you?

For the last two fishing seasons a growing sense of frustration has been building within the recreational fishing community over the performance of Fisheries Minister Bernadette Jordan, her senior staff and political advisors. Here’s why. In 2019, then Minister of Fisheries Jonathan Wilkinson imposed sweeping chinook non-retention regulations over most of the BC South Coast, for the bulk of the summer fishing period. These regulations were put in place to protect threatened upper Fraser River chinook stocks.

Prior to the 2020 season the Sport Fishing Advisory Board, working in conjunction with Pacific Region staff, developed a suite of fishing proposals. They were designed to allow for modest retention of chinook in selected areas where there was no evidence of stocks of concern, or in areas where there was a high percentage of hatchery-marked chinook* and a low component of stocks of concern.

The public fishery chinook retention proposals were designed using up to date information based on decades of coded wire recoveries and DNA sampling. Despite this, Minister Jordan repeated the heavy-handed 2019 regulations for 2020. In 2021 the proposals were refined and, after evaluation by Fisheries and Oceans Canada (DFO), were assessed as low risk. In spite of this evaluation, the Minister has decided to delay the recreational chinook fishing decision. According to anglers, the recreational fishery and its support businesses cannot survive in an uncertain environment. The delay has already cost small business operators income that is not recoverable because the most favourable early-season angling window for avoiding stocks of concern is closing fast.

Anglers also point to misinformation in news media and on blogs about this issue. It has been confused with new southern resident killer whale (SRKW) regulations and with concerns for other stocks of chinook. These impressions need to be corrected. First, the bulk of SRKW regulations have been in place since 2018. The changes for 2021 are relatively minor to the overall picture. Second, there is an impression that the proposals ignore concerns for other chinook stocks. This is misleading. The other stocks referred to are fall-migrating runs that are not generally in the areas included in the proposal’s April to July fishing period. Furthermore, they are currently protected by existing regulations and closures.

The Minister needs to make a decision. According to recreational angling advisors there was no reason why a decision could not have been announced before April 1. It is crippling small businesses and it’s been made worse by COVID-19.

*The public fishery has been advocating for a fin-clipped hatchery chinook retention policy where it meets the high percentage criteria noted above. This allows anglers to keep clipped hatchery chinook and release wild unmarked fish. This is for conservation purposes while sustaining modest fisheries. They are also pushing Canada to mark 100 percent of hatchery produced chinook and coho. These practices, already in place in the US for a decade, are considered a success by US fishery managers. So far Canada has delivered lip service and plans for more studies.

There is a chance that an announcement, including positive news, will be made prior to this article reaching the newsstands. However, anglers show no appetite for gratitude after a third year of disinterest from this Minister and her predecessor. According to long time DFO observers there has been too much damage done to the resource and the fishery. They see an obvious need for real structural and policy changes at DFO, or it will be the end for salmon and salmon fisheries.

Help protect the public fishery. If you feel strongly that changes need to be made within DFO contact your local MP and ask if he/she supports the public fishery and will push for changes that will right the DFO ship. For more information on this issue visit the Sport Fishing Institute of BC and Public Fishery Alliance’s web and Facebook pages.