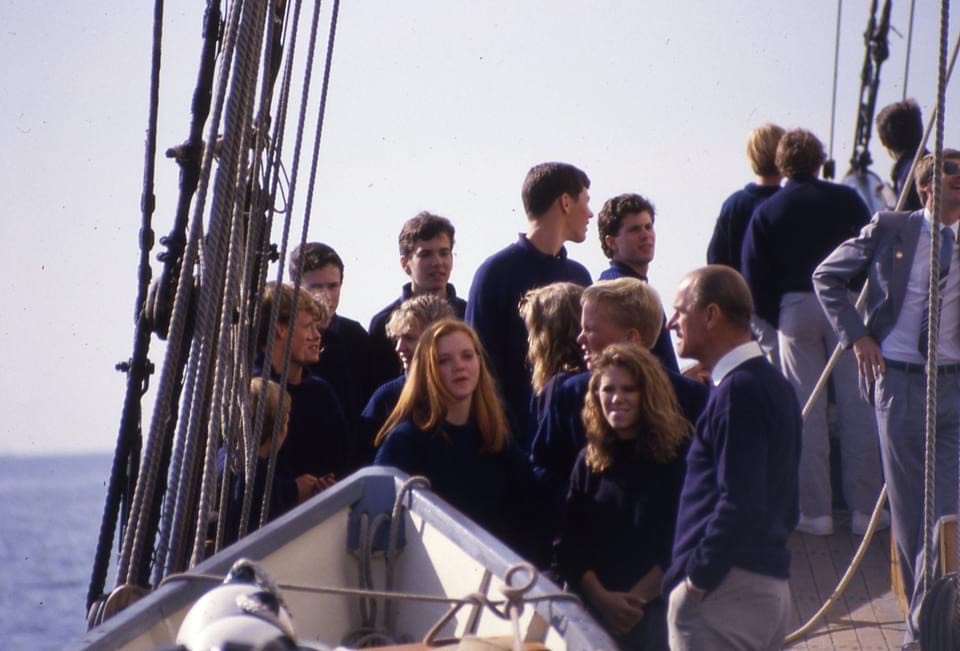 As a small boy, I was taken out of school in New Delhi, India, and driven to the airport to meet HRH Prince Philip, The Duke of Edinburgh. Someone took a photo of me in short pants, school tie and blazer greeting the prince on his arrival. I treasured it for many years. Thirty years later I was asked by the Provincial Secretary, Province of BC, to escort Prince Philip from Esquimalt to Victoria as captain of the original Banks schooner Robertson II.(His wife, Queen Elizabeth, was in Vancouver officiating at the opening of the Commonwealth Games.)

After he boarded the schooner I proffered the old photo and asked him if he remembered where it had been taken. He just smiled and changed the subject and we talked of other things as we sailed with our crew of young trainees to Victoria. Before disembarking he shook my hand and thanked me for the sail. Then he paused and tapped me on the chest. “ New Delhi, 1957” he said with a grin!