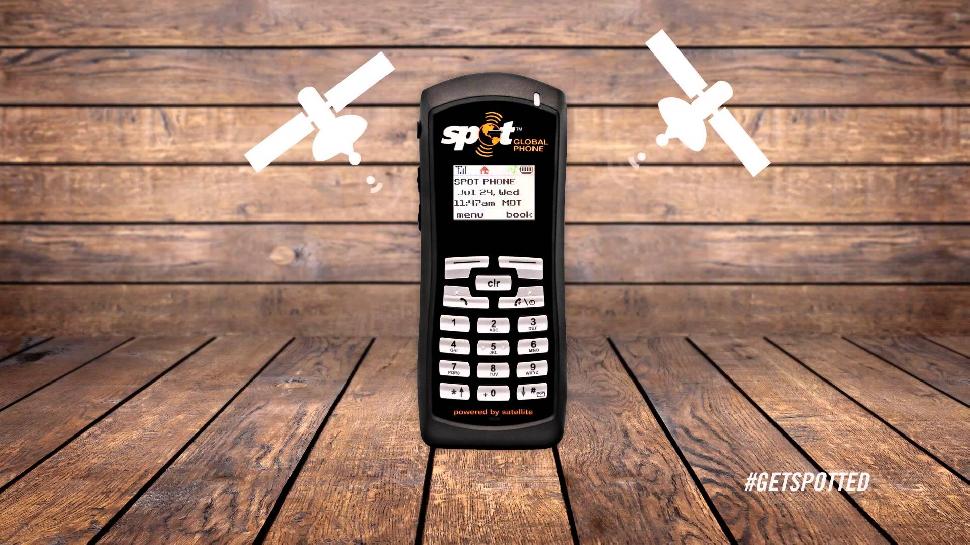 A hand-held satellite phone is not the same as a smart phone and any mariner who is considering acquiring one should clearly understand the difference. A satellite hand-held does one thing really well—it enables verbal communications when there is no other way to communicate. Cell phones certainly do a lot more but they work only when they can connect with cell towers and there are still places in coastal B.C. that don’t have 100 percent coverage.

If you are planning on heading offshore, or to remote areas like the west coast of Vancouver Island, having a sat phone for your boat can be a valuable safety feature—and they are getting quite affordable too.

All satellite phones, hand-held or otherwise, will operate only when the antennae have a “clear view” of a satellite. Out of the box they will not make a call from inside a boat, car, truck or building. Their signal can be blocked by even tree branches overhead. Available, as an optional extra is a docking station/battery charger with an external antenna that, when deployed, will allow the handset to be used inside a building, vehicle or boat.

Even though the manufacturers all say their sets need a clear view of the sky, we have found that handhelds will generally acquire a satellite signal through a fabric-roofed enclosure, like a bimini. This is one of the few marine products that seems to work better than the product developers say it will!

For those used to the feature rich, ever-growing size and ever-brighter smart phone screens, the displays on the sat phones will be considered minimalist. They might even be considered disappointing. That said, they do show all the information required to make a call—when the phone is searching for a satellite it can connect with, when a satellite is acquired, signal strength (in traditional “bars”) and battery state.

Having used all three of the phones now available the thing that impressed me about all of them was the call clarity. In most cases the calls were as clear as on a cell phone. Colleagues of mine who have tested some of the phones report the same experience. Callers on the Inmarsat system had to get used to the approximately two second satellite delay, but older callers, used to the old two way radios, soon reverted to saying “over” at the end of the conversation and then waiting for the response.

While there are differences among the three major satellite phone brands available in North America the major differences are driven by the different types of satellite constellations each uses.

All satellite communication systems have one thing in common—their satellites are accessed through ground stations that act as gateways, or connectors, between the regular earth-based phone and internet systems and the satellite arrays themselves.

with its array of three major geosynchronous satellites located 22,235 miles above the earth is considered by many to be the gold standard in satellite communications. Since the satellites remain in the same position relative to the earth’s surface, calls are not required to be handed off from one satellite to another. This reduces dropped calls. However, due to Inmarsat’s satellite positioning, service is provided only between latitudes -82 degrees and +82 degrees, which means no reliable service in areas of the north or south poles.

The relatively long distance from the earth results in the two-second “satellite delay” we often see when a TV anchor in one part of the world interviews a reporter in another part of the world. The same delay occurs when using Inmarsat’s hand-held phone. The Inmarsat handheld is built to operate in the marine environment.

The Iridium system has 66 satellites that operate approximately 485 miles out from the earth. They are in a polar orbit and moving at about 17,000 miles per hour. Because of the polar orbit, coverage is available in extreme northern or southern areas of the globe.

The third satellite constellation providing service, has 32 satellites orbiting about 800 miles out from the earth. Each satellite orbits the earth every 70 to 90 minutes. Because of the relative closeness of the satellite array to the earth, there is no perceptible delay in voice transmission with either the Irridium or the Global. Global owns the line of Spot satellite communicators, including the newly introduced Spot Global satellite hand-held phone.

There is another satellite array, Thuraya, which services primarily Europe and is not available for service in North America. It most recently developed an add on that turns any iPhone 4, 4s and 5, into a satellite receiver capable of making phone calls, sending and receiving text messages and using social media. A free app from the Apple store is required.

The new Spot Global phone currently sells for around $499. The Isat Phone Pro (Inmarsat) costs about $150 more, and depending on the handset, can be two to three times the cost of the Spot. Each of these phones comes with a standard household battery charger, but each has different standard items. The Inmarsat comes with a 12-volt car charger. A car charger is an optional extra with the other two units.

All retailers of sat phones are currently putting together aggressive sales packages, some including air time. Various suppliers will also rent sat phones on a daily or monthly basis.

A Confusing Array of Rate Plans

When it comes to buying air-time, or a calling plan, it’s sort of like the old wild west, or an unregulated stock exchange—buyer beware! Some plans allow only calls on land and in contiguous waters out to only 12 miles—not really useful to an offshore cruiser, or even an offshore sports fisherman.

Some phones offer rates as low as 25 cents a minute in a plan that requires a minimum use of $100 per month. For another phone plan that same $100 gets to an 83 cents per minute rate. Some rates, for a call to a satellite phone on a different satellite system, are $21.60 a minute. A different phone operator charges “only” 7.95 per minute for the same type of call. Most sat phone calling plans have no long distance or roaming charges.

Decide What’s Best for You

Anyone selecting a sat phone should first decide, as with all marine equipment, specifically how it is to be used. If the purpose is to use it as a safety measure, making a call only when required for that purpose, any of the three phones available will do the job. When it comes to selecting a calling plan for such a phone the air time cost is irrelevant since there will be very few calls.

However, if a sat phone is to be used for regular communications, similar to the way we use cell phones, the permutations and combinations become endless, and the prime consideration switches from the hardware cost and features to air time costs and features.

So anyone in the market for a sat phone should do their research carefully and thoroughly to insure they get the right phone and the right calling package for the intended use.