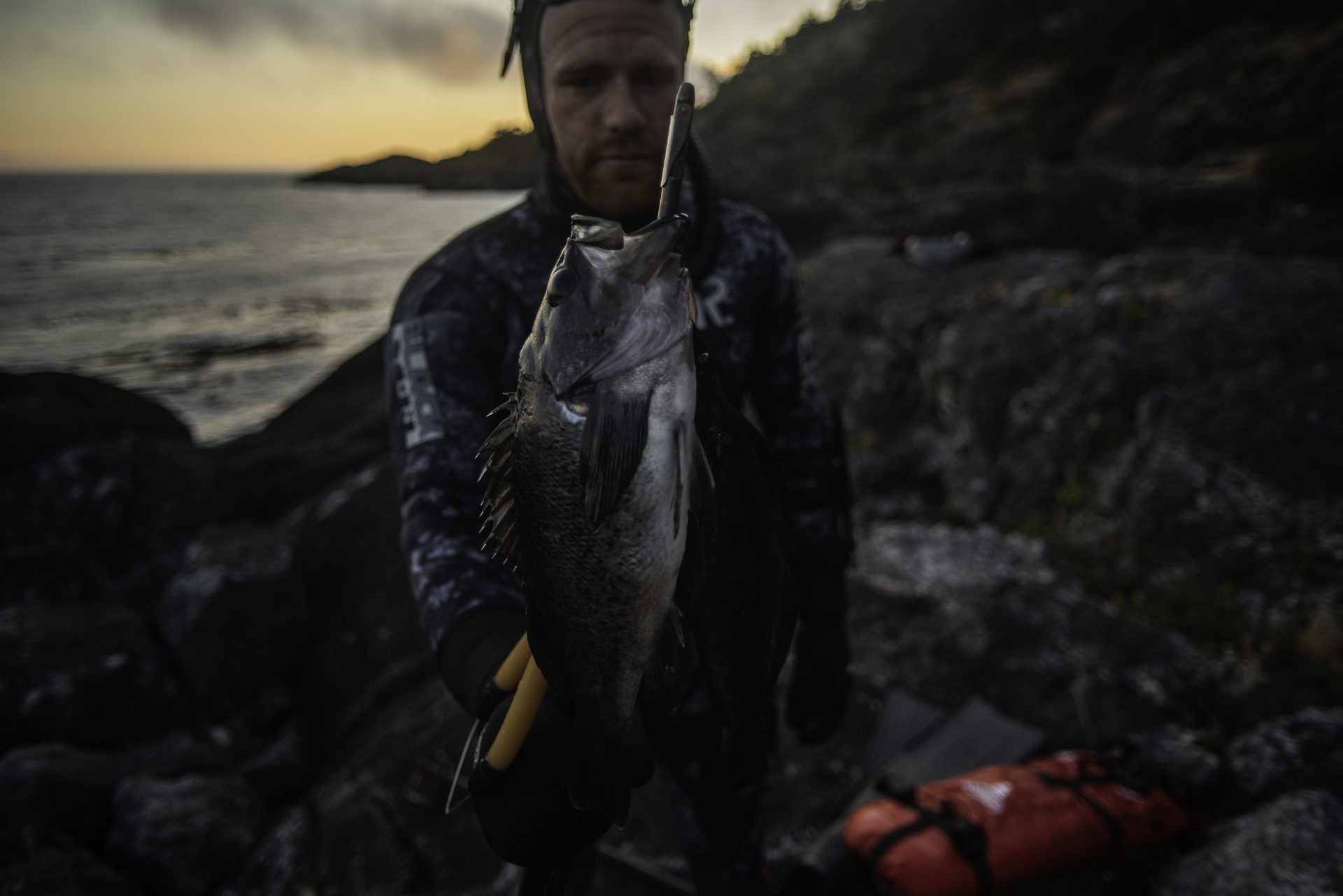 A letter to the editor

Letter to the Editor:

I was disappointed to see an article encouraging people to kill more fish through getting into spearfishing in your October issue.

I have spent the last 35 years working on marine conservation in tropical countries as global fish populations have collapsed before my eyes. Reefs that teemed with fish are often now barren. One contributor to this is spearfishing. There are many documented accounts of how one highly efficient spear-fisher can completely clear a reef of fish in just a few years.

One of the great wonders on the underwater world is that many species have not learnt to fear us. You can swim alongside, in and with many different species of fish and be just “one of the boys.” Try that with a herd of wildebeest or a wolf pack! Fish trust us. Knocking them off by spearfishing is about as challenging as shooting fish in a barrel and unworthy of the “underwater warrior” image mentioned in your article.

And the big ones go first. How many spear-fishers pass up the big gal for her little sister? This is problematic. Not all individuals in a species have the genes to grow big… just like humans. As spear-fishers consistently kill the biggest fish they reduce the gene pool capability to produce large fish in all subsequent generations. This is called “contemporary evolution” and is well known in fish populations.

Not only that but big fish produce proportionately more and larger eggs that contribute disproportionately to keeping the population healthy. Knocking them off has an impact throughout the marine ecosystem.

It has saddened me over the last decade to see increasing numbers of young westerners travelling in the tropics, spearfishing, and reducing the beauty of the very thing they came to see. Let us not encourage this behaviour here. Those times are gone.

Your article on spearfishing is big on emphasizing the excitement of exploring this underwater world. I encourage everyone who is able to take this opportunity, but please do your stalking with a camera. Future generations will thank you.

Thank you for your letter, I appreciate you taking the time to provide feedback on my article and I welcome this opportunity to provide a response to you with regards to the perceived issues you’ve outlined with spearfishing, and its impact on marine conservation.

It is unfortunate that your experiences with spearfishing have been so negative, this has not been my experience and I personally see spearfishing as a positive vector for sustainability. Given my own personal experiences and knowledge, I would like to challenge your assumptions about spearfishing and seek to demonstrate its place in our modern world.

I grew up on the East Coast on the North Island of New Zealand, in a small coastal town called Waimarama (translation: moon over shining water). My Father is a Spearfisher and so are my three brothers. Our family table was always filled with Kaimoana (seafood), harvested directly from the South Pacific Ocean near our home.

When I finished University, I moved to the West Coast of Australia for several years and spent my time diving under the azure waves of the Indian Ocean, the Lombok Strait, and in several waters surrounding the Polynesian Islands of the South Pacific. Building on that experience I travelled extensively throughout Central & South America for eight months, darting between the Pacific and the Caribbean side at every prospect of something new to learn. Upon my arrival at each new place, I always find myself jumping into the water as soon as I arrive, sometimes to harvest food, but mostly just to explore. It’s become something of a ritual for me over the years, and it grounds me to the place.

At a fundamental level, the reason I choose to spearfish comes down to connection.

I am seeking connection with the natural world. Regardless of whether I ultimately spear a fish on any given day, my journey under the ocean allows me to saturate my body in saltwater, something humans were born to do thanks to the presence of the Mammalian Dive Reflex. When I am spearfishing, I am also a direct witness to the dynamic underwater ballet that is constantly in motion between animals and plants that inhabit the subaquatic realm. This is something that I am certain will resonate with you, given your obvious regard for our oceans and their creatures.

But the connection I seek goes deeper than this, I am seeking direct connection to my food. I choose to eat seafood and so there is a responsibility that comes with that choice. I consciously minimize my purchase of commercially harvested seafood, as I understand its true cost. I choose instead to prioritize the harvest of my food from an ocean that I have seen with my own eyes, an ecosystem that I have entered as a part of, rather than separated from. In this way I put high-quality protein on my family table. It is not about big fish; it is about food, and big fish don’t usually taste very good. In my view, exclusively chasing big fish is akin to “trophy hunting” and should not be aspired to.

Spearfishing is not easy. It is not like shooting fish in a barrel. If you want to harvest a fish in British Columbia, you need to expose yourself to frigid water temperatures, strong currents, wind and waves. You need to be able to hold your breath for extended periods and learn to read the story written across the underwater landscape. Fish do not flock to you. Once you find a fish, you are gifted with an opportunity to decide whether to take the shot: a conscious decision whether or not to engage with that fish. Is the fish a legal species? Is it within the legal-size limits? Is it male, or female? Is it healthy? All these decisions position themselves between you and harvesting that fish.

On the flip side, fishing with a rod and reel is easy. There is no fitness requirement, many people use motorized boats to move from reef to reef, and often modern technology can tell them exactly where the fish are. When they lower a line into the water, there is no promise of what they will connect with on the other end. Although lure and bait size can be adjusted, ultimately the rod & reel fisher pulls up whatever tugs on the end of the line. In practice, this means that there is a by-catch of undersized fish and non-target or protected species. In the case of rockfish on the BC coast, the barotrauma caused by hauling a fish to the surface may not be survivable. I am not against rod and reel fishers; I often partake myself. But, in comparison to spearfishing, it is a far less selective and sustainable fishery that doesn’t provide me with the same level of connection to the ocean.

And then of course there is commercial fishing, which deserves its own piece entirely, but suffice to say it does not compare to the small-scale selective harvesting that spearfishing offers.

As with any form of fishing, it would be irresponsible for a spearfisher to go out and overharvest an individual reef. Part of the appeal of discovering new spots is that it also allows you to spread your pressure more evenly across the ocean. Every sustainably-minded fisher in BC, regardless of their chosen method, should practice this form of “seasonal round”. A spearfisher is also uniquely restricted in terms of depth, meaning that they can’t often access the entirety of a reef system, which of course means that they cannot access the entirety of the fish population either. Large fish species such as halibut, ling cod and several species of rockfish all live at the very edge of the spearfishers’ depth range, and often far beyond it.

The sustainability of any fishing practice is improved by utilizing the whole fish. As I explored in my article, using the bones, cheeks, wings, fins and other parts of a fish should be encouraged. I will always take whichever parts I don’t use and throw it back to the ocean.

Further, Spearfishing is also used as a conservation tool in some places to facilitate the harvest of invasive fish species that are damaging for the local flora and fauna. Examples of this are the lionfish infestation of the Caribbean and the introduced catfish populations of New Zealand’s freshwater lakes. Both species are controlled in a way that is only made possible through the recruitment of spearfishing as an instrument for conservation.

There is an exquisite undersea world out there, and I firmly believe that the more people who are able to connect to its beauty and sustenance on a direct individual level, the more likely we are going to be able to protect it. There is already a fraternity of like-minded individuals, who seek spearfishing not as a method to over-harvest nature, but as a means to actively participate in nature. We are the ones who are motivated to save what we love and what feeds us.

Like you, I can see and feel the damage being done to our oceans and the fish that inhabit them. I believe that we are philosophically aligned in this respect, but we are just approaching it from different perspectives.

“Spearfishing as the enemy of fish” is a red herring. Pollution, ocean plastics, poorly regulated commercial fishing practices and rising sea temperatures are the real foes that we must band together to mitigate, and in turn, protect the places we love. Marine protected areas are a big piece of the puzzle when it comes to minimizing the human impact on individual species and ecosystems.