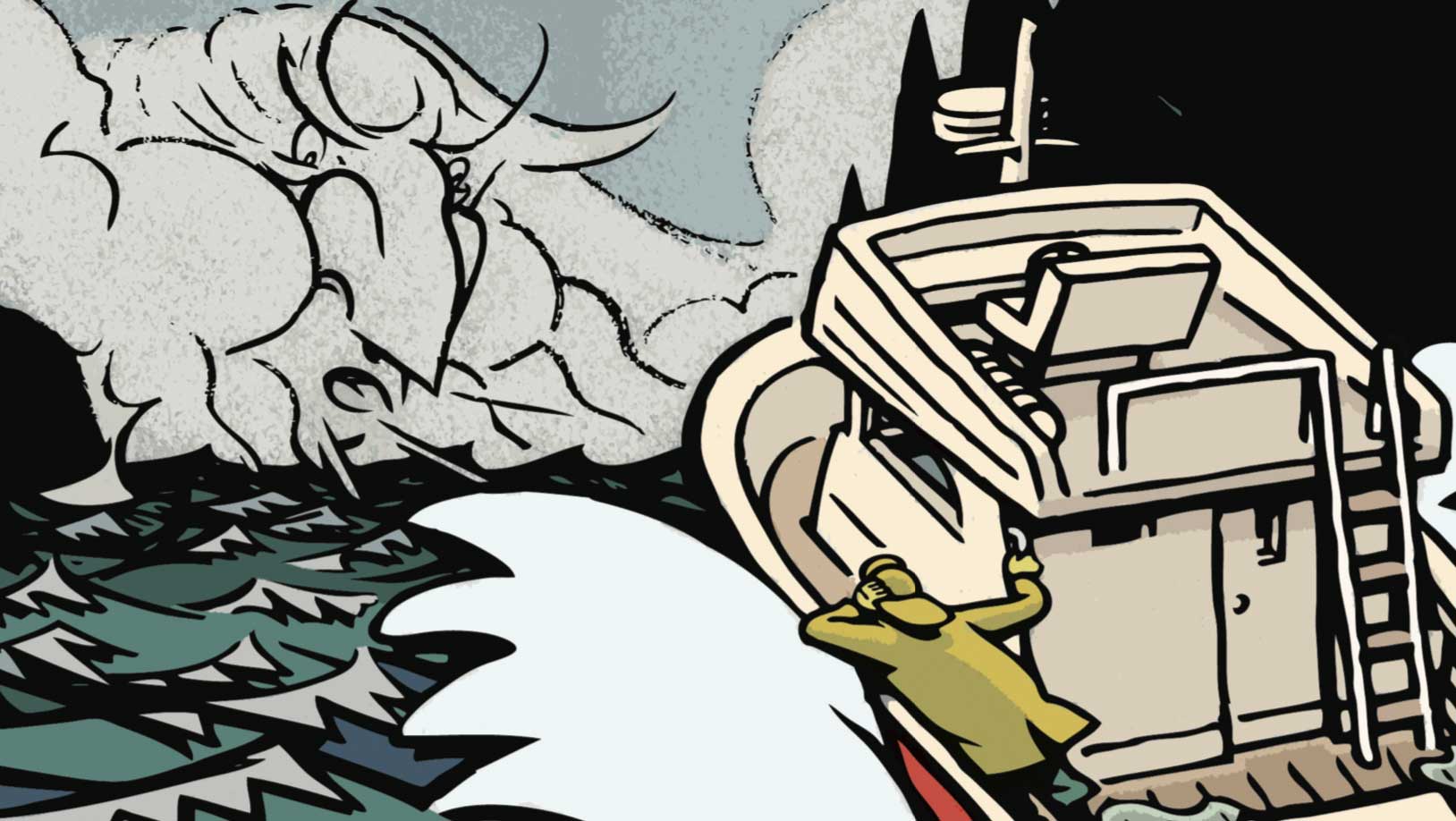 A hearty dish for a winter cruise, just don’t call it “shepherd’s pie!”

The bitter wind howled down Colvos Passage with all the force of the frozen north. White caps, like a battalion of storm troopers, raced down the narrow waterway between Kitsap Peninsula and Vashon Island. In Chelsea Lynn, our 34-foot Bayliner, we hugged the western shore, the high bluffs of the peninsula providing a modicum of protection from the 30-knot winds and roiling water.

The weather gods were showing their contempt for our plans for a winter cruise to South Sound.

The previous night, we had rendezvoused with friends at Blake Island, the weather calm and still, the sunset spectacular, much like a chilly version of paradise. But during the night, the storm front that was supposed to push inland over British Columbia didn’t make the expected eastern turn. Instead, Puget Sound took the brunt of the Arctic blast.

Morning brought growing winds and choppy seas. The forecast called for it to intensify. Rather than get battered on a mooring buoy, we decided to make a run for our second night’s destination, protected Gig Harbor. In the early 1840s, the Wilkes Expedition called the three-sided harbor the “pretty little bay concealed by the sound.” With good shelter from nearly all directions, Gig Harbor has offered boaters a safe haven since commercial fishermen founded the town in 1867.

Leaving Blake Island, we chose Colvos Passage, but our friends, in their 40-foot ketch, opted for the bigger water in East Passage, the main shipping lane between Seattle and Tacoma. After a couple of hours, we approached Point Richmond, behind which we would be mostly protected for the final push to Gig Harbor. I checked in with our friends on the radio.

“This is more fun than anyone ought to have in one day, Roxanne,” my dear friend Mary Jo said. “But we decided to turn around. We’re almost back to the Blake Island marina. Tell Jim he can have my shepherd’s pie.”

“Good,” Jim said, from the captain’s chair beside me.

I glared at him.

“Good that they turned around,” he said. “It’s a safety issue. That boat’s not fast enough to get out of its own wake.”

To be historically accurate, I had prepared a “cottage pie” for the hot and hearty dinner we were going to need after a washing machine cruise down the sound. Both cottage and shepherd’s pies are topped with mashed potatoes, but shepherd’s pie features lamb, whereas cottage pie uses beef.

Today, shepherd’s pie has become synonymous for both of these traditional English dishes.

Frugal housewives from England and Scotland probably originated the dish as they looked for creative ways to serve leftover meat to their families. The large number of sheep and shepherds in Scotland decided the name for the dish featuring lamb. The northern English peasants called their beef-filled dish “cottage” pie.

The idea of a meat pie covered with mashed potatoes came after the introduction—and acceptance—of potatoes in England. Potatoes are a New World food, cultivated by the American Indians and introduced to Europe in 1520 by Spaniards returning from the exploration of North America. Two centuries passed before the edible tubers became accepted cuisine for the masses. The first record of a cottage pie came from the Rev. James Woodford, who noted in his diary in 1792, “Dinner today, Cottage-Pye and roast Beef.”

Whether you prefer lamb or beef, shepherd’s pie or cottage pie, this dish will warm the body and soul after a cold winter cruise.

Open a bottle of shiraz, and enjoy!