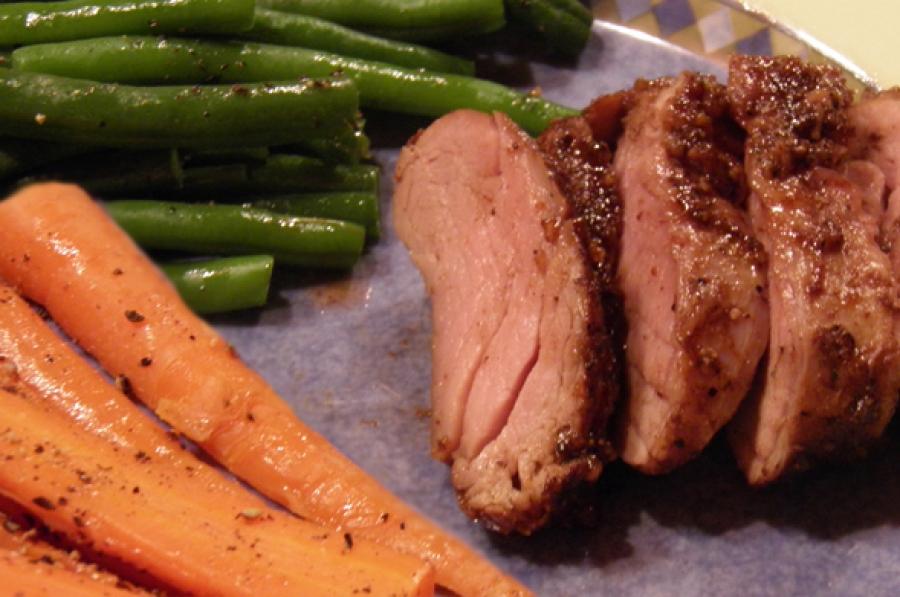 When the explorers on the Lewis and Clark Expedition traversed the buffalo-rich Great Plains, they consumed an average of nine pounds of meat per man per day. Once into the Pacific Northwest, the group’s diet changed to fish, fish and more fish. And the 33 men of the Corp of Discovery thought they were starving. This came to mind recently after a phone call from our dear friends, Pete and Carol, announcing they would be in the area and hoped we could go boating for a couple of days.

Raised on a ranch on the western plains not far from Calgary, Pete is an unapologetic carnivore. Oh, he’ll be polite and nibble around the edges of a nice grilled salmon, and the mild delicate flakes of a halibut are edible if hidden beneath a savoury beurre blanc sauce or baked with a crispy panko crust; but like the men of the Lewis and Clark Expedition, what Pete really likes is meat, meat and more meat.

While the captain of the Chelsea Lynn immediately began plotting out a three-day jaunt through the San Juan Islands, I went to work on the menu. I was still in the midst of getting comfortable with the quirks and intricacies of the galley aboard our new boat, a Bayliner 3488, as compared to the galley on our previous boat, a 60-foot 1961 Chris Craft Constellation. Workspace is limited aboard the Chelsea Lynn and the oven is smaller.

I also didn’t want to spend the entire long weekend in the galley. After a winter of too much good food and too little exercise, I looked forward to hiking the well-maintained trails on Sucia Island. From Fossil Bay, where we planned to drop the hook the first night, there are nearly 9 miles of trails running along the sculptured sandstone shoreline, a place where the hidden coves and shallow caves provided the perfect hiding places for smugglers in the late 1800s. And I knew Carol and I would want to do some shopping at the San Juan Farmers’ Market in Friday Harbor, she for gifts for the grandkids, me for the freshest in organic, local produce.

When it came to meals, I was looking for simple, both in time and in preparation. I wanted to keep my entire prep and cook time to less than an hour.

My favourite butcher provided the answer. When told of some of my concerns about Pete and Carol’s upcoming visit, he immediately suggested a couple of pork tenderloins. Small and compact, the pork tenderloin has a tight-grained and buttery-smooth texture. If prepared properly, it will be moist and tender. It’s versatile and quick to cook.

Much like an unadorned boneless, skinless chicken breast, however, the tenderloin is a rather bland cut of meat. Left unseasoned it has all the culinary appeal of eating plain tofu. So how to add a delicious flavour? I remembered an old favourite, a rub-and-glaze combination that guarantees a savoury outcome.

The recipe for island-spiced pork tenderloin first came to me years ago from my good friend Mary Jo, who got it from her friend Jan, who got if from…That’s the traditional lifecycle of a good recipe. It’s passed on from friend to friend, from cook to cook, each person adding his or her own little twist to the mix. This robustly spiced rendition is my spin on jerk pork, island-style.

Both the spice rub and the glaze are made from common pantry ingredients. It’s not as fiery as some recipes, and the combination of spices may seem a bit odd. The end result, however, is a little bit spicy, but also sweet, and incredibly flavourful. You’ll also be surprised at how quickly it all comes together. All in all, this is a fantastic preparation of pork that is quick enough for casual dining at home and nice enough to serve to company.

And it proved a perfect solution for Pete. My dear carnivore friend devoured the tenderloin, both firsts and seconds. Probably only modern sensibilities and courtesies prevented him from joining the men of the Lewis and Clark Expedition in eating a full nine pounds of meat. Then he asked for the recipe, continuing the tradition of passing great recipes from friend to friend, from cook to cook.

Prepare the Glaze and Roast Pork