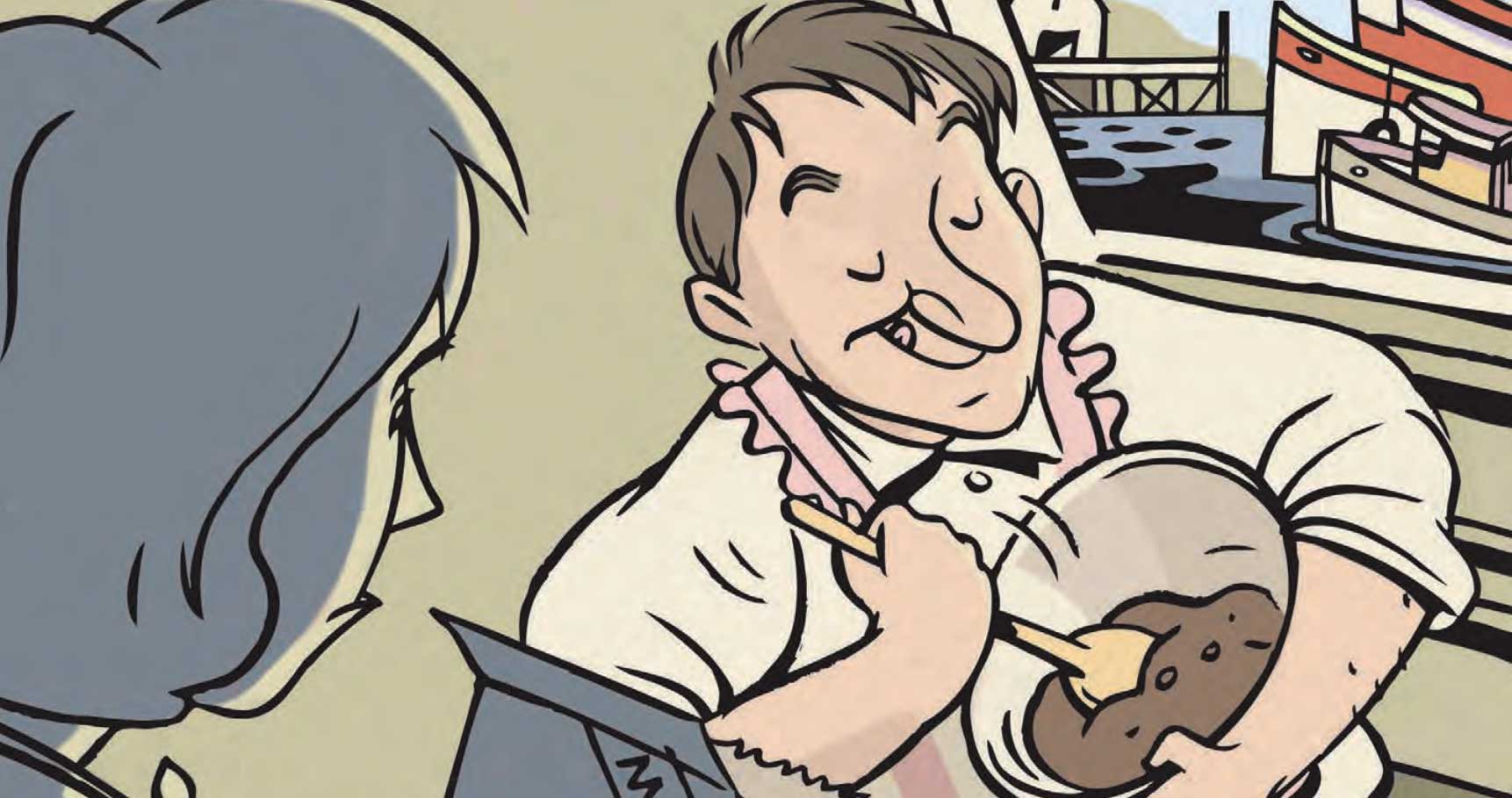 When making brownies from scratch isn’t practical, starting with a box isn’t such a bad thing—and the kids won’t know the difference

I KNEW IT WAS A MISTAKE the moment I stuck my arm out to fend off the boat.

The wind was blowing hard, and our friend Jeffrey was approaching too fast, trying to get the heavy, slow-moving sailboat alongside the Chelsea Lynn at the Port Sidney Marina. On the far dock, Jim grabbed a line from the sailboat, but a gust caught the boat full abeam and pushed it off. Between the wind and the walk of the prop with the engine in full reverse, the sailboat’s stern swung fast towards the back of our Bayliner 3488. Jim scrambled to get a spring line to control the sailboat. Jeffrey’s wife MJ scurried under the mast, grabbing a fender. She didn’t make it in time. I dropped a fender between the colliding sterns. It absorbed some of the impact, but the sailboat kept swinging, its barn-door-sized rudder threatening to crash into our transom.

Instincts instead of common sense took over, and I stuck out my hand to fend off tons of drifting sailboat. The force of the impact bent my wrist back towards my forearm. A searing pain coursed through my hand and up my arm. With my shoulder, I held the sailboat off for just a second until MJ wedged a second fender between the two boats. Now with a stern line, Jim slowly inched the sailboat off the Chelsea Lynn. I dropped to my knees in agony.

This was not the way to start our fall cruise through the Gulf Islands.

A nurse, MJ had my wrist wrapped in ice within minutes. It did little to ease the swelling, and ibuprofen didn’t touch the pain. A taxi ride later, I sat in the emergency room where X-rays revealed no broken bones. I had sustained a severe sprain. The ligaments were stretched, but the doctor didn’t think they had torn. “A bad grade two sprain,” the MD said. She immobilized my right wrist and thumb with a splint, told me to keep my hand above my heart as much as I could, and insisted I not use the wrist for three weeks. “You’re lucky. It could have been worse.”

Three weeks? Lucky? Our fall cruise seemed over before it hardly began.

We had arranged to visit with Jeffrey and MJ for an evening before picking the family up for our annual October birthday gathering. For months, Jim and his son Joe had been excited about a weekend of fishing. I had plans to entertain our daughter-in-law and the kids with sightseeing in Victoria and Ganges, and a day cruise down Saanich Inlet to the backdoor of Butchart Gardens. They were scheduled to arrive on the Anacortes-to-Sidney ferry the next day.

And our annual October gathering needed chocolate goodies the way a summer picnic requires a barbecue.

Quickly, we began to alter plans. Jim and Joe would still go fishing, but I booked seats on the bus to Buchart Gardens, and made dinner reservations for the birthday celebration the next day.

“I can make some killer triple chocolate brownies for you,” Jeffrey offered the next morning when he brought more ice for my wrist.

I studied him for a moment. He had improved as a cook over the years, but did I trust him with the birthday dessert? My throbbing wrist told me I had few alternatives. Soon Jeffrey was bustling about Chelsea Lynn’s small galley. On the counter sat a box of Ghirardelli Triple Chocolate Brownie Mix.

“You can’t make brownies from a mix,” I protested. “They have to be made from scratch.”

“What is scratch? Jeffrey said. “Do you grow your own coco beans?”

“Cacao, cocoa, who cares?” he said. “All that matters is how they taste. I’ve been making these brownies for years and people are always asking me for the recipe. Until now, I’ve never shared it with anyone. I call it Jeffrey Scratch. Start with a mix and doctor it up a bit. It works for baked beans and brownies, Caesar salad dressing, jambalaya and Alfredo sauce for smoked salmon linguine. More men would cook if we didn’t preach to them about making everything from scratch. Besides, the kids won’t know the difference.”

“And I know you’re in no position to protest,” he replied. “You couldn’t whisk an egg right now.”

So I watched him make brownies from a box. He explained to me how he substituted olive oil for the vegetable oil, greased the pan with real butter instead of spray, and added a cup of dark chocolate chips. He also added a tablespoon of vanilla for extra flavour.

“Aren’t you the one who’s always saying that recipes are merely suggestions?” he said by way of explanation.

By the time the family arrived, warm brownies were cooling on the counter. Later that evening, after dinner at the restaurant, we returned to the marina. Jim scooped ice cream on gooey brownies. Four candles marked the four birthdays we were celebrating.

As the family prepared to go to the hotel, my grandson Hunter approached for a farewell hug. In my ear, he whispered, “Grandma, that was the best birthday dessert of my life so far!”