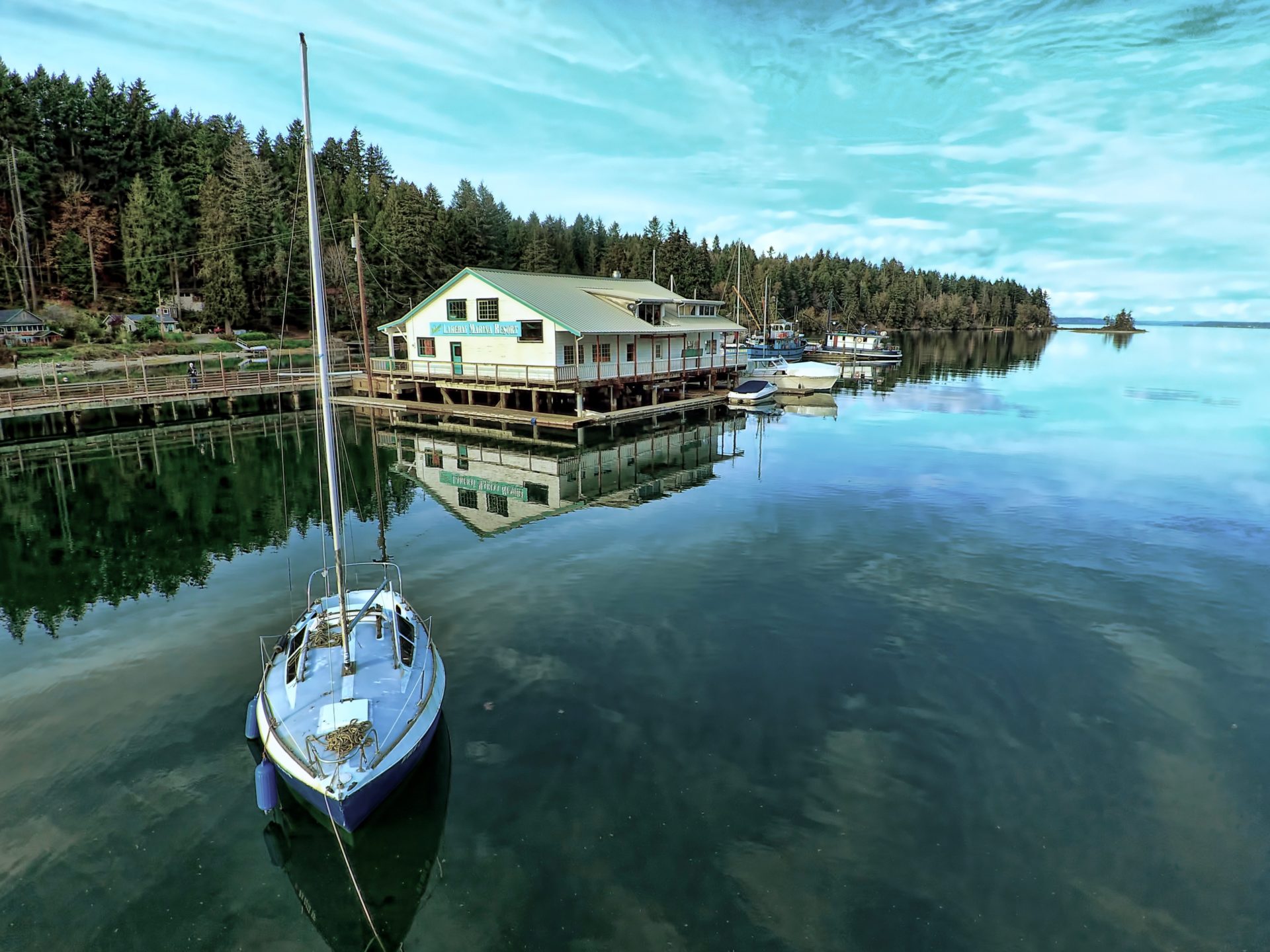 The Future of Lakebay Marina

The infinite value of public waterfront is known to boaters and their advocates. Without amenities and stretches of coastline spared from industry and real estate developers, Pacific Northwest boating as we love it isn’t possible. Enter the Recreational Boating Association of Washington (RBAW), a non-profit boating advocacy group that is navigating a purchase-and-sale agreement for the historic Lakebay Marina. Once acquired, the land will be donated to Washington State Parks and Recreation as a public park to be enjoyed by generations to come. If all goes according to plan, the sale will finalize in September 2020.

Lakebay Marina is nestled on Key Peninsula—specifically Mayo Cove’s western shore—and has been, in some form, for over 135 years. The facility originally consisted of a pier constructed by entrepreneur Carl Lorenz that serviced a sawmill and acted as homeport for a small fleet of cargo ships. In 1928 a large housing area above the marina was added as an egg and poultry co-op. The sawmill and farming co-op days ended in the 1950s when privately owned Lakebay Marina as we know it began to take shape for local and visiting recreators. The marina changed hands over the years and was added to the Pierce County Register of Historic Places in 2019. 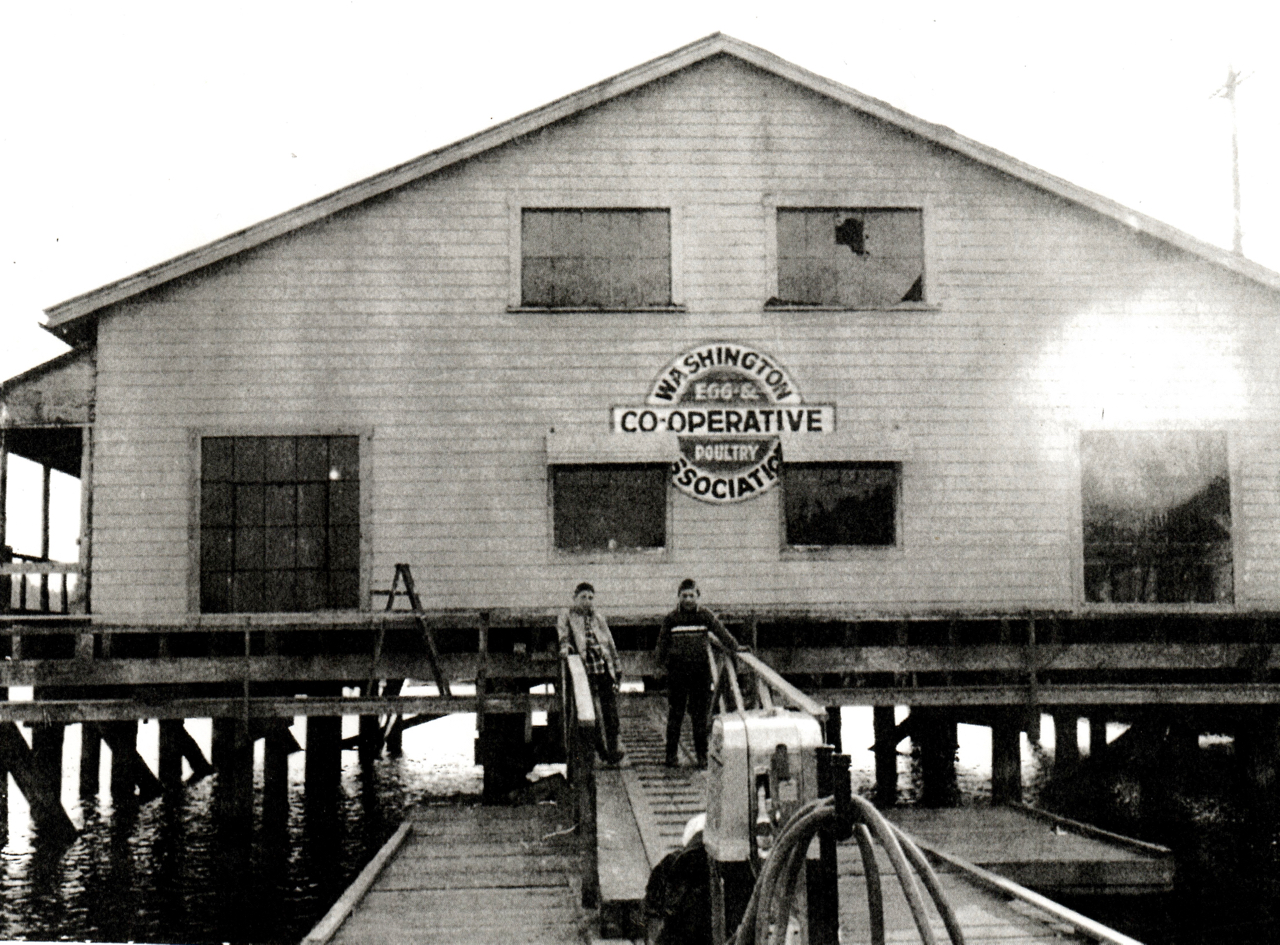 As a denizen of Puget Sound, I have an affinity for the summertime fun-themed hub. The water is warm and shallow, welcoming to boaters who mind the channel markers. Picturesque Penrose Point State Park sits across Mayo Cove on the eastern shore and quaint Bay Lake is a short walk to the south. Kids in flip-flops run about with ice cream cones by day. Couples gather for live music and drinks by night. I’ve been told you can even jig for squid inside the Lakebay Marina dock house, the ink stains on the seasoned wood  are proof of success.

Recently, a variety of factors including regulatory obstacles conspired to make the future of the marina uncertain. The property went up for sale. Boaters, including RBAW leadership, grew concerned that Lakebay Marina could be sold to private developers more interested in condo profits than facilitating visiting boaters or preserving Pierce County’s history. The RBAW decided to spearhead an effort to acquire the property, the US$1.25-million price tag the most pressing obstacle. Through several months of negotiation and fundraising this year and last, RBAW has raised $400,000. The group found an ally in Pierce County that contributed $250,000 from their 2020/2021  biennial budget to the effort. The rest will be raised via donations from boaters, recreational organizations and upstanding citizens who share the same vison.

For Bob Wise, president of RBAW, the effort is personal. “The roots of RBAW back in the 1950s involved putting up the money to buy Sucia Island and donate it to the state as the park we all know and love today,” he said. Without RBAW and local advocates, Sucia Island would’ve been privately developed like most of the San Juans. Now a gem of the Washington park system, Sucia Island State Park is a veritable cathedral for lovers of boating and the outdoors. “It’s super important for us to preserve pristine places, not only for us, but for the generations of the future,” Wise said.

Among the champions of the effort is Councilmember Derek Young of Pierce County who advocated for the county’s monetary contribution. “Lakebay Marina is an important part of the Key Peninsula’s community history and economic future,” Young said in a press release. “I have no doubt the purchase of the Lakebay Marina will facilitate public access to boating and recreation activities throughout the South Sound.”

“Lakebay is an enormously beautiful place and a hub of local community,” Wise added. “If we were to lose that property, it would be a disservice to the community. We’re 100 percent focused on raising the funds we need.” A positive recent development was securing a $150,000  pollution liability insurance grant. This helps ensure that there’s no underlying fuel leakage issues with the fuel storage tanks that have been in service for decades.

But Bob Wise is as blunt as he is optimistic. “We need help from generous folks ready to step up to the plate,” he said. If you want to learn more or donate as part of the historic effort to make Lakebay the area’s newest marine park, you can contact RBAW at lakebay@rbaw.org.