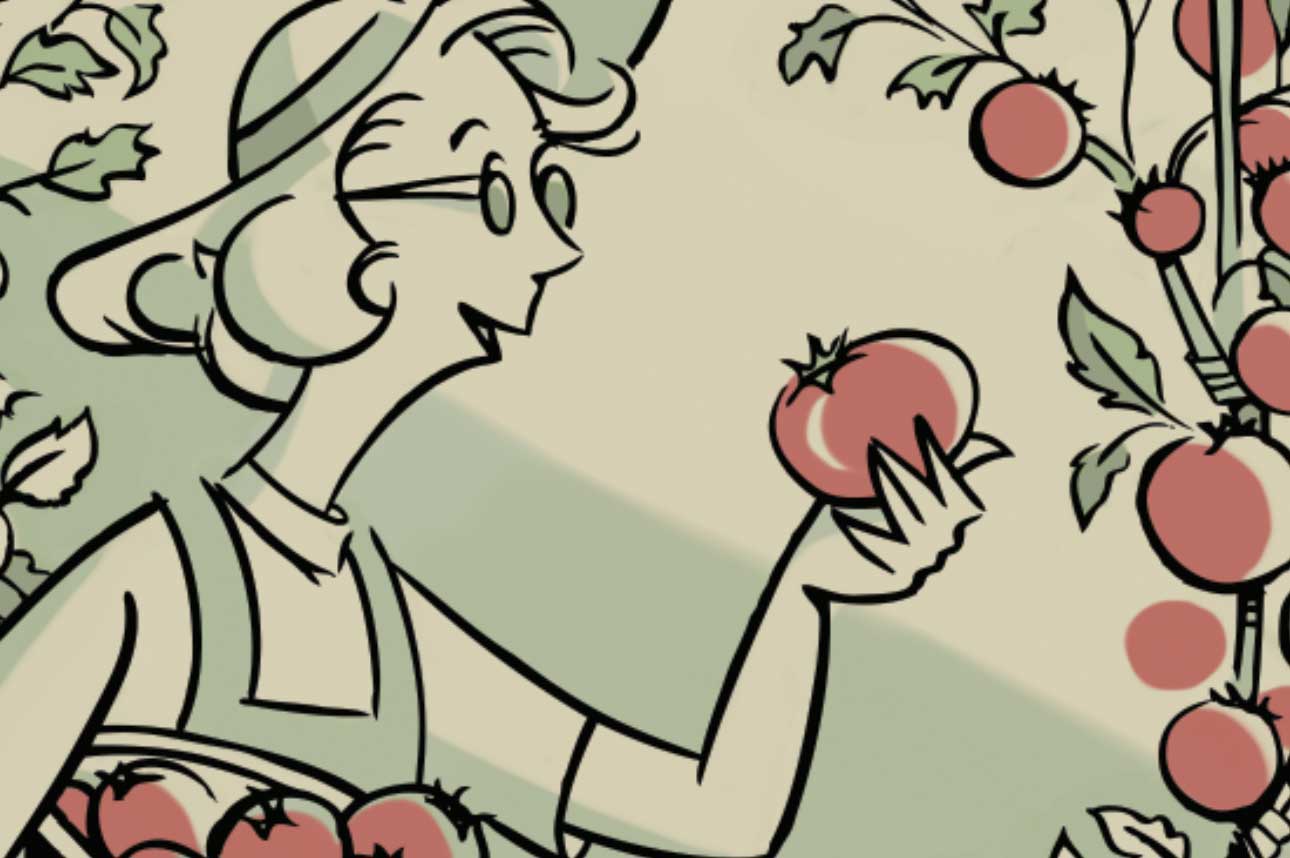 One of the great joys of late summer is the abundance of juicy, ripe tomatoes. From old favourites such as heirlooms and romas to specialty tomatoes like black krim and Greek zebra, tomatoes have been called liquid sunshine for good reason. Whether you’re putting them in salads, making sauces or plucking them off the vine for a midafternoon snack, a perfect tomato exists for your culinary needs. Like a bear getting ready for the winter, I go on a tomato feeding frenzy come the end of summer. Vine-ripened tomatoes are packed with flavour and sweetness. And I know it will be another six months before I get to gorge on the bounty of tomatoes from my garden. Those slightly reddish lumps of cardboard sold in the grocery stores in December will only make me weep for the plump, juicy cherry tomatoes plucked from the vine and eaten on the spot.

Another late summer tradition is a September cruise, revisiting some of our favourite anchorages in the San Juan Islands. By Labour Day, anchorages and transient docks start to empty out as families with children head home. Mooring buoys and dock space are again available; there’s room to swing at anchor without fear of going bump in the night in this gunkholing paradise. Like the marine provincial park system in B.C., Washington State has a magnificent marine state park network that includes 11 marine parks, often with multiple anchorages, in the San Juan Islands. We debated an overnight stay at Jones Island or a trip to tiny Matia Island. Blind Island State Park and Stuart Island State Park, with the equally protected and appealing Prevost or Reid harbours, were dismissed only because of recent visits. Finally we settled on Fossil Bay, the protected and shallow cove—less than two fathoms for most of its length—that is located on the south side of Sucia Island, the crown of the San Juans and the state’s marine park system.

Once that was decided, I started menu planning. First, I made a visit to our garden. The tomato plants were drooping with fruit. Red and yellow cherry tomatoes hung heavy on the vines. Large, juicy heirlooms were ripe for eating. I started filling my basket and planning different ways to serve tomatoes on our mid-week cruise to Fossil Bay. Tomatoes originated in Central and South America and were eaten by the Aztecs as early 700 A. D. The word “tomato” comes from the Aztec word “tomatl” which gave rise to the Spanish word tomate. While tomatoes are botanically berry-type fruits, they are considered culinary vegetables, either ingredients in or the base for many savoury meals.

In addition to being just plain yummy, they are also good for you. Tomatoes are widely known for their outstanding antioxidant content, including the cancer-preventative phytonutrient, lycopene. Researchers have also recently found an important connection between lycopene and bone health. And tomatoes have also long been linked to heart health, helping to lower total cholesterol, LDL cholesterol and triglycerides.

Parmesan crisps with cherry tomato salad, and grilled sourdough bread with heirloom tomatoes, basil and brie cheese, the two recipes included this month are not complicated dishes, but they are perfect this time of year for either breakfast or dinner. After all, what could be better than some liquid sunshine straight from the garden? Enjoy!

Serves two for dinner or four for appetizers

Serves two for dinner or four for side salads