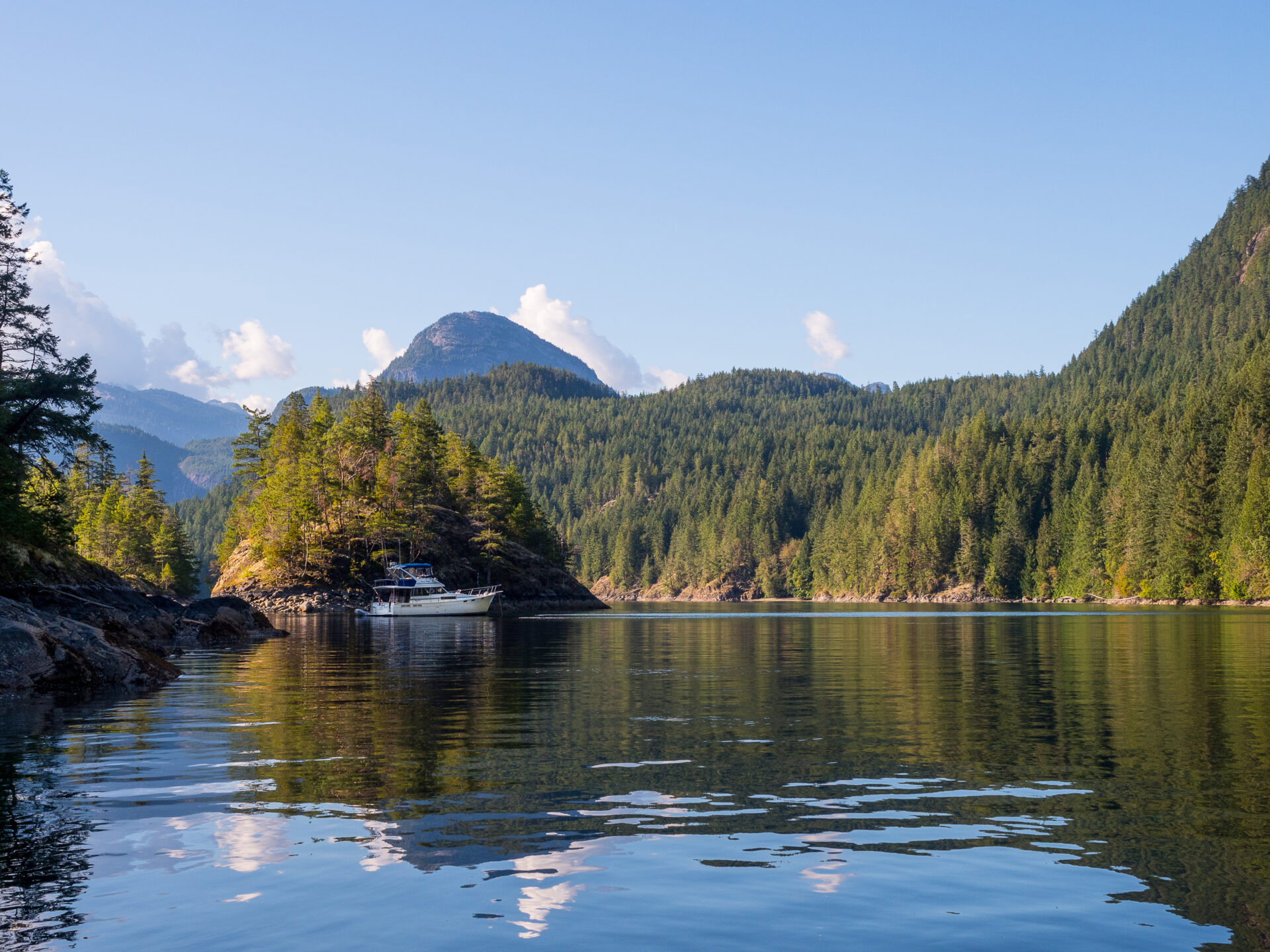 For many of us, the Salish Sea is our playground. Encompassing nearly 16,925 square kilometres of water and 7,470 kilometres of coastline, the sea’s network of waterways, islands and wetlands is home to numerous marinas, thousands of anchorages and seemingly endless vistas to explore.

It’s also the habitat for an estimated 37 species of mammals, 172 species of birds, 253 species of fish and more than 3,000 species of invertebrates; all of which use the sea for some part of their life cycle.

For the animals that share the Salish Sea, the waterway is everything—it provides food, a place to breed, a safe place to raise young or a corridor for migration. But these days, as the over eight million people who live in the Salish Sea’s watershed benefit from the area’s rich natural resources, the species we share it with are running into trouble at an unprecedented rate.

In just 10 years, the number of marine wildlife species in the Salish Sea listed as threatened or endangered nearly doubled from 64 to 125. Today, the list includes 59 birds, 43 fish, 16 mammals, five invertebrates and two reptiles.

The species at risk are varied. There are the ones we know well, like the 72 remaining members of the southern resident orca population, the declining population of western steller sea lions and the harbour porpoises, which are at risk from pesticide pollution, habitat destruction and marine traffic.

But there are also the species we may not know by name or sight, like the marbled murrelet, which nest in old growth trees; or the pinto abalone, which was fished to near extinction in the 1970s. There’s also the Pacific sardine, also known as pilchards, which once formed schools of up to 10 million fish. And the dusky Canada goose—which began wintering on Vancouver Island due to the loss of habitat in Oregon.

Why is it Happening?

A wide variety of species at risk is just one sign of an ecosystem’s overall declining health. But to make sense of why so many species are struggling, Environment Canada and the US Environmental Protection Agency formed a partnership in 2000 to assess the condition of the Salish Sea.

By measuring a variety of related ecosystem indicators, scientists could see what was going on more clearly. Research showed a few bright spots. Overall, air quality has been improving as both BC and Washington State have worked to reduce air pollution. Toxins like PCB and PBDEs that show up in the food web (specifically in Pacific herring and harbour seals) are in decline. And studies evaluating freshwater rivers for chemical and pathogen pollution, nutrients that cause algal blooms or lowered oxygen levels have also shown improvements.

Other trends have been less positive. Chinook salmon populations are down 60 percent since the Pacific Salmon Commission began tracking salmon data in 1984. Marine water quality, as measured by dissolved oxygen levels in the ocean, has been decreasing (this can result in widespread fish kills). Meanwhile human-caused declines in stream water flow, which can destroy habitats and negatively affect water temperature, are occurring more frequently.

Add to these pressures the threats from overfishing, ongoing habitat loss and the climate crisis and it’s believed that species in the Salish Sea will continue to be added to the at-risk list at a rate of almost three percent per year.

Why Does it Matter?

By the year 2025, we can expect the population in the Salish Sea ecosystem to expand to over nine million people. And then, like now, we’ll all be relying on the Salish Sea for recreation, to produce a portion of our food, for its forests to help clean our air and for the watersheds to provide us with drinking water.

So, if we don’t make some measurable changes its health will continue to decline. In a more traditional way of thinking—we are all connected. So, the health of the Salish Sea will mirror our own. If it is sick, we are sick.

One example is the Georgia Strait Alliance (GSA); a staff and volunteer group focused on protecting and restoring the marine environment (see the story on page TK). Using public education and focusing on science-based solutions, the group also provides green boating education to the province’s estimated 700,000 recreational boaters.

There are also dozens of more specialized or regional groups including Raincoast Conservation Foundation, which brings together conservationists and scientists to perform research and conservation objectives; Surfrider Foundation Canada, which takes a special interest in plastics that find their way into the ocean; and the Salish Sea Marine Survival Project, which looks at salmon health.

What Can Boaters Do?

For boaters, joining or volunteering for one (or more) Salish Sea conservation organizations is a great first step. But there are numerous things we should be aware of whenever we are on the water.

For the Salish Sea habitat:

While many of the organizations dedicated to conservation in the Salish Sea tackle immediate and ongoing environmental issues, Raincoast’s Emerging Salish Sea Stewards program takes a longer view. The cost-free program provides Indigenous and at-risk youth with the opportunity to develop the knowledge and skills to become the conservation leaders of tomorrow.

The program combines science and traditional knowledge in field and classroom sessions, which culminate when the students set sail on the research vessel Achiever, a 68-foot steel sailboat. Education and development coordinator Maureen Vo explains that by bringing the students into the sea by sailboat they are given the chance to connect with the place they live in a way that many of them would never have had the chance to if it weren’t for the program.

By visiting areas of cultural significance, learning about endangered marine animals and seeing the effects of plastic and other forms of pollution up close, the students learn about issues that are directly relevant to conservation issues in the Salish Sea. The youth are also taught leadership skills—so as they develop a deeper knowledge of, and respect for the Salish Sea—they become stewards for conservation.