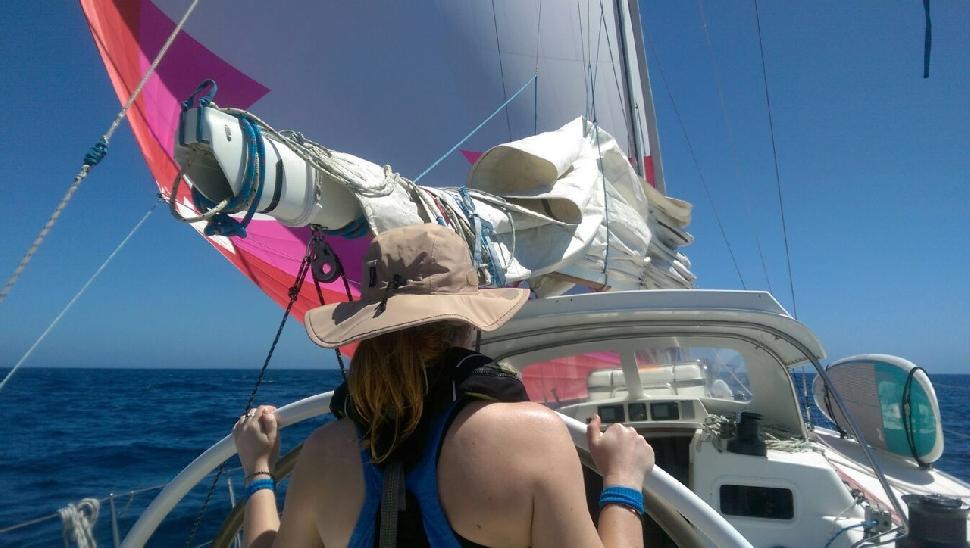 Ok I’m just going to admit it… I got sick, seasick with a vengeance. The number one rule for being a good crew member is don’t get sick and I broke it. Day one: Itajime departed San Diego Harbour on a sunny Saturday afternoon with light winds. Nobody could find fault with the rig and so, after the impeccable maintenance it had been through, we decided to set sail. The trip from San Diego to Mexico would also be a good test run for a crew of five on a 43-foot boat.

I took the first watch with Ben. Kate and I decided that for the first few days we would double up on watches with the boys so as to learn from them. The sea state was somewhat confused as we got out of the harbour and away from the sight of land. By the end of my first watch I was feeling slightly queazy and looking forward to crawling into the quarter berth. When Adrian woke me up, five hours later, for my second watch I wasn’t feeling much better. I struggled to get my clothes on and crawled up on deck gasping for fresh air. I sat next to Ben who had become my watch-buddy and tried to keep a brave face. That didn’t last long. Remembering the old adage, “it’s better out than in” I attempted to dry heave over the side of the boat. Close to daybreak  and exasperated by my lack of success, I shouted out, “Why haven’t I seen my dinner yet?” As the sun rose, I began to projectile vomit over the aft port side lifelines. After feeding the fish for quite some time I regained my composure, turned to Ben smiling and said, “Hey, I found the J from J boats sign.” He began to laugh. I learnt early on in my sailing career that if you are going to puke you should do it with a smile. So if, like me, you feel nauseous and guilty about being the first to puke, all will be forgiven if you show up for your watches and have a smile on your face. 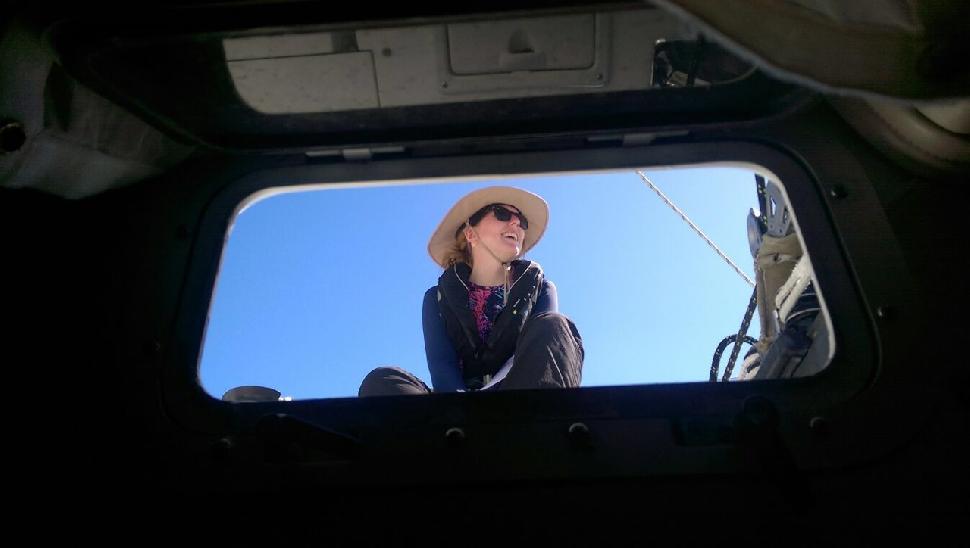 Determined to get over this state of nausea fast I went below and found the Tranderm-V drug I got for emergencies like this. It’s basically an anti-seasickness patch you place behind your ear. That was a big mistake. Rather than waking up hours later feeling amazing I woke up with cotton ball mouth, blurred vision, drowsiness and a suppressed appetite. It is something I would consider taking if I ended up in a life raft with little food, or if I wanted to drop ten pounds. But I am not sure I’ll be jumping to take it again for seasickness anytime soon.

Luckily the effects of the drug wore off just in time. After watching another beautiful sunrise with my watch buddy Ben, I was crawling into my bunk when I heard Millie, our resident goldendoodle, go berserk on deck. It wasn’t uncommon for Millie to have barking fits running around the deck talking to her dolphin friends frequently swimming alongside. But this time her barks sounded different, more urgent and panicked. I grabbed my pfd and tether and ran up on deck. There I found Adrian and Ben wrestling a tuna fish while Millie eagerly tried to get close to attack it. “How do we kill it, wake Alan.” they cried. I ran into the V-berth and woke up our skipper. “Spear it in the eye with an ice pick,” he said, still half asleep. I grabbed the ice pick and ran back up to the cockpit. Adrain hesitated for a second before plunging the ice pick into the tuna’s eye. Blood spewed everywhere but the fish kept flailing. He did it again. It kept moving. After a long struggle the tuna finally gave up and our resident chef Ben went to work. My first dinner in days was a beautifully seasoned fresh tuna. 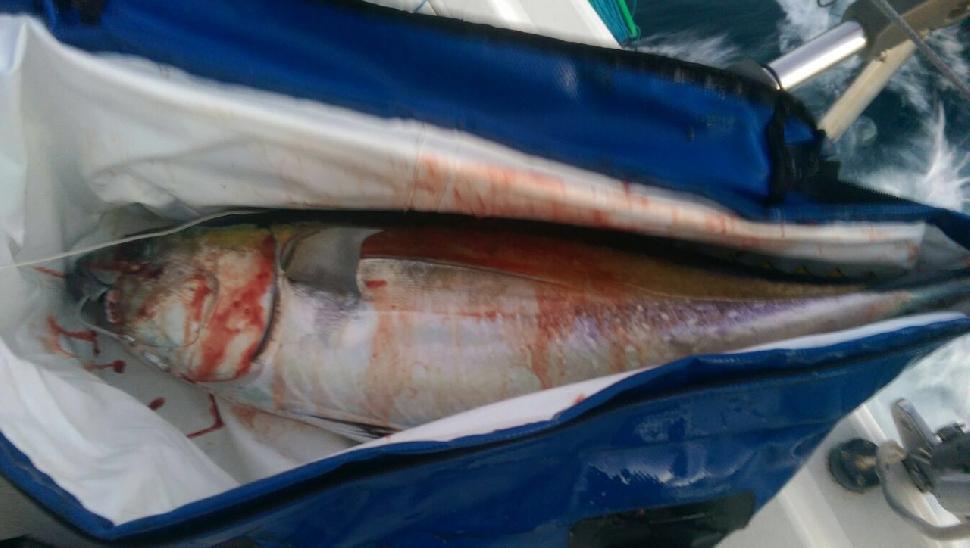 Being drowsy and nauseous put me behind in the learning curve I needed to take to get ready for an ocean crossing. We were averaging seven and a half knots and getting closer to San Jose del Cabo. If I wanted to cross the Pacific I would need to be able to do watches alone. This was something that, as a sailboat racer, I had never experienced before. On the race boats I had filled certain positions but being on the helm and the only one on deck seemed daunting to me. Luckily the watch system changed and I was reunited with Adrian again. We had been like ships passing in the night for the first few days. I didn’t think it was possible to miss someone while sharing a 43-foot sailboat. I asked Adrian a million questions while on watch and began to realize it was a very different to racing. Auto helm had much of the job covered and when I felt it was time to change our sail plan, such as tacking or changing sail, our skipper Alan was to be informed at all times. I began feeling more comfortable with understanding all of the equipment on board. During one of my watches we decided to put up the spin and I jumped at the chance to switch off autopilot. It took a few minutes to get a feel for the helm while surfing the waves but I loved it. Finally I could join the competition of trying to get the highest speed. Land was approaching all too quickly. 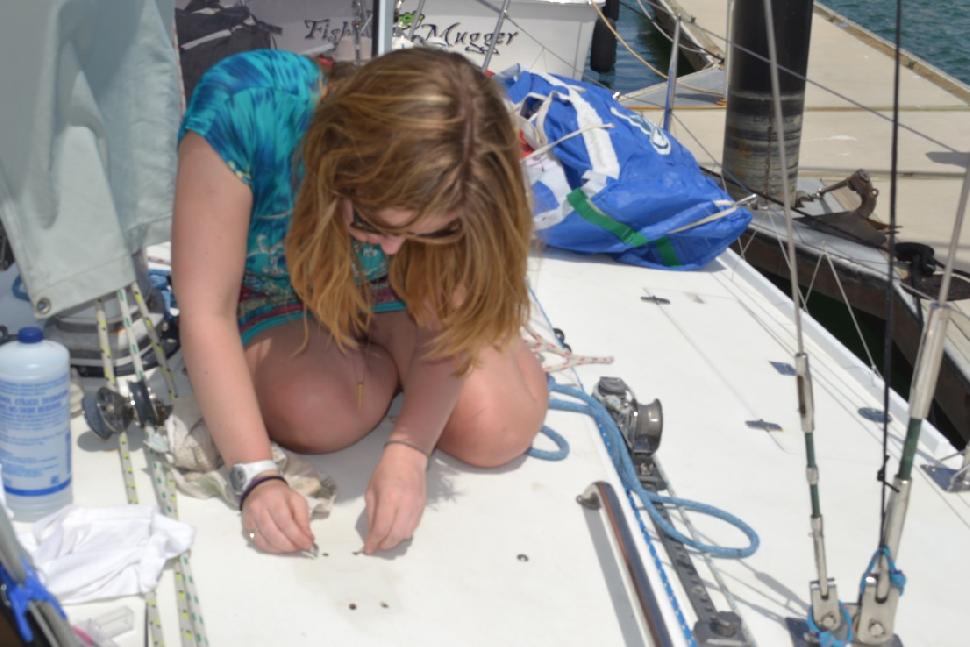 By Thursday night we had reached the tip of the Baja Peninsula, and San Jose del Cabo was hours away. It was bittersweet as Adrain and I went to sleep knowing that our first leg was coming to an end. When we woke for our watch at 01:00 we half expected to be docked. Instead we found ourselves drifting around in no wind. The Marina was roughly a three hour motor away and the wind was expected to pick up just after sunrise. Our skipper handed us over the helm and told us it was our decision what to do next. We were so close to land we could now literally smell it. After days at sea, the air had a distinctive smell to it. We both looked at each other and decided that, as racers who had spent many hours drifting backwards from the finish line, now was our chance to turn the motor on. With that the throttle went down and three hours later, as the sun rose, we docked the boat in Mexico. Five days, Six nights and nearly 1,000 miles later, leg one of our massive journey was complete. 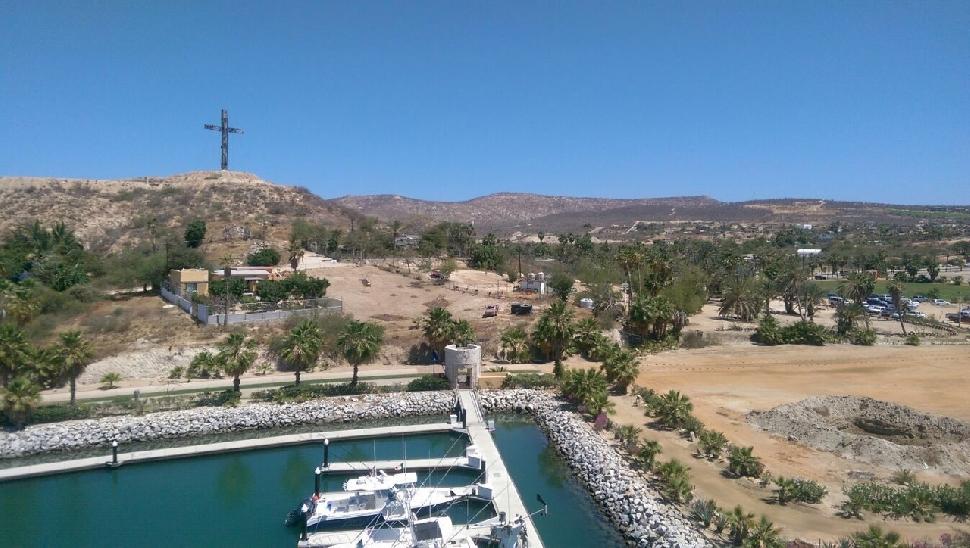 The first day was spent fighting land sickness and exploring Marina Puerto Los Cabos, our home for the next while. The marina there is well equipped with great facilities and several hotels, restaurants and markets, all within walking distance. Adrain and I decided to treat ourselves to a five star hotel for two nights using my air miles.I booked the Secrets Resort which was a 20-minute walk along the beach from the boat. We rocked up to the beach bar with greasy hair and our backpacks on. We asked the life guard if this was the Secrets Resort and he looked us up and down as if we were beggars. He got on his walkie-talkie and confirmed that we were, in fact, booked into the hotel. A few minutes later a golf cart arrived to bring us to the front entrance. Apparently we are the only people to have ever arrived by the beach. Filling in the paperwork at reception they asked for our occupation. We both looked at each other and smiled and responded, “Sailors.” This was our life now. We were given the royal treatment at the resort as they thought it was our anniversary. The first night there was a bottle of champagne, rose petals and a bubble bath waiting for us. We spent our days by the pool and our nights eating as much as we wanted. But after two days in the king size bed I began to miss our quarter berth where Adrain was easy to find on waking up. We happily checked out of our honeymoon life at Secrets and got back to boat life. 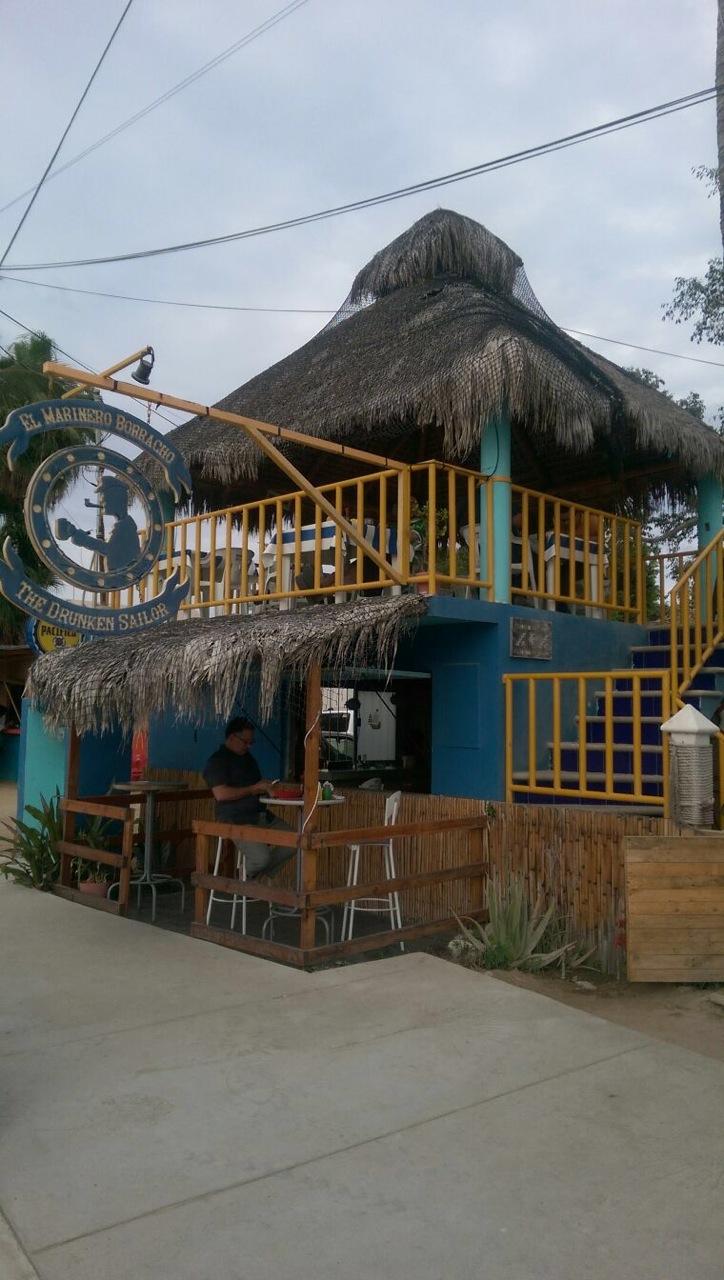 Since then I have been enjoying learning about boat maintaince and exploring the local area. I have learned how to repair sails with Dr. Sails glue, and that my manicure/ tweezer kit is really useful for pulling out old silicone from the deck when changing clutches. I have also learned that the number 5 bus will drop me in San Jose del Cabo for 10 pesos and that in Taqueria El Fogon I can get a Taco for 20 pesos. Which roughly translates to about $2 for a bus ride and a taco. But, most of all, I have learned how to co-exist in this amazing family of five. The crew of Itajime get on so well we have decided to overcome all the issues with a crew of five and go on this amazing adventure together. 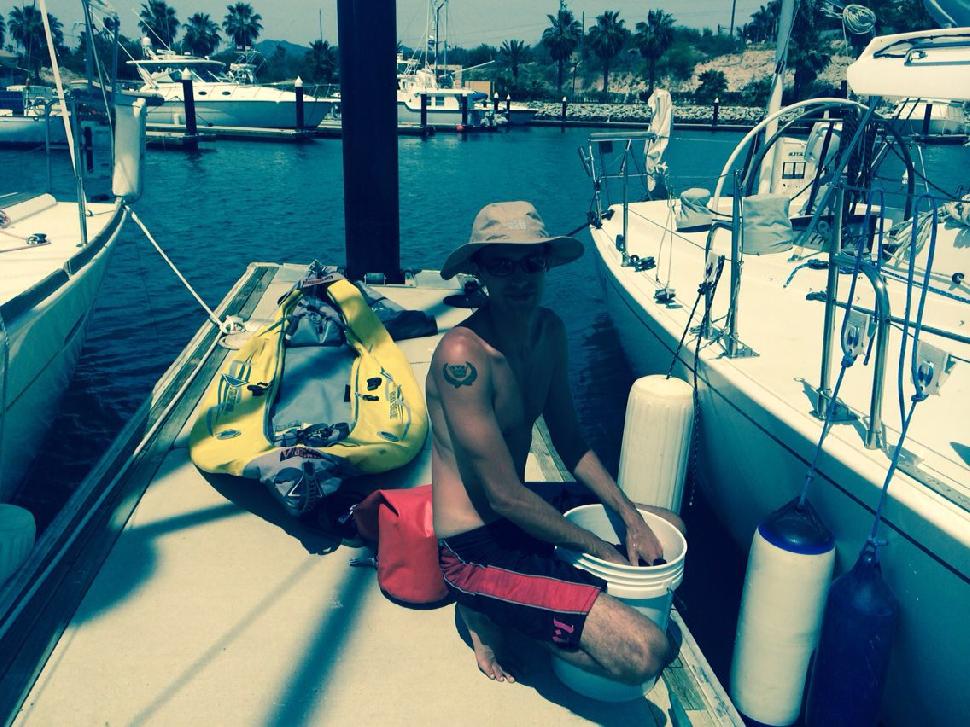 I am so excited to be getting back to the open ocean. There is something so special about being on deck alone in a sailboat without land in sight and surrounded by the sea. It feels vast and cosy all at once. From there I will be updating my Facebook site via my DeLorme inReach SE, the two-way satellite text-messaging kit I use to stay in touch with land, with family, with friends while I am out drifting in the right direction. Keep watching this space. 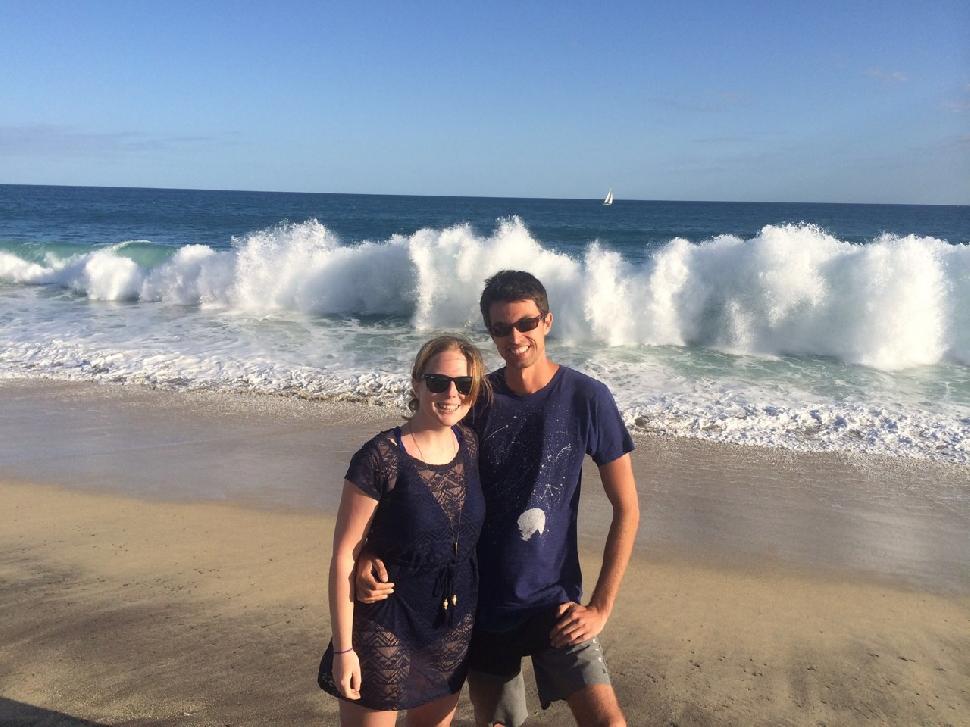